What to Do About Sam?

Colleagues say Fulwood is a helluva guy -- and a really bad columnist. 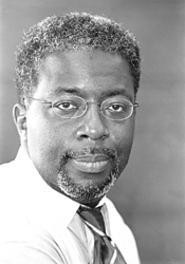 Walter Novak
"It doesn't help that I'm arrogant and black in a city as segregated as Cleveland."
Everybody seems to like Plain Dealer columnist Sam Fulwood III. As well they should. He's bright, engaging, fiery, funny, down-home. "Sam is a very nice guy, very gregarious," says one writer.

Unfortunately, covering his liabilities is a much longer conversation. Inside the newsroom, Fulwood has been a topic of derision since his arrival. Colleagues lament that one of The PD's highest-profile writers is also among its worst. They say he's soft, lazy, self-absorbed -- an embarrassment to a paper.

Better times were expected when Fulwood arrived at The PD nearly two years ago, boasting an armful of credentials. He was an editorial writer by age 26 and had worked for such respected sheets as The Los Angeles Times and Baltimore Sun. He'd covered business, sports, cops, Congress; he even did a stint in South Africa. It was the résumé of "a big-time national newspaper reporter," he reminded his audience. And it was just what The PD was looking for.

Metro columnists, by virtue of their prominence, tend to provide the personality and soul of a paper. At the time, The PD was transforming from an uninspired rag into an impressive regional power. (Disagree? Read the Cincinnati papers to see how lucky you are.) The legendary Dick Feagler was still pulling a normal shift, but he had begun his descent into his everything-sucks-compared-to-the-old-days rants. Regina Brett, recently wooed from The Akron Beacon Journal, tended toward the sentimental -- with an occasional punch. "Soccer mom news" is how one reporter puts it.

With his credentials, Fulwood was supposed to fill the bad-ass role, or so colleagues thought. He would be the hitter, the scorching presence, the columnist who gave no quarter, pulled no punches in laying into the news of the day. "A street column," as one writer describes it, "out there mixing it up and really involved in the news."

It is an exalted role in newspaper lore. Back in the day when papers were still staffed by the hard-drinking and hard-living, writers like Jimmy Breslin and Mike Royko gave them an edge, a riskiness. It's considered an essential role in a trade that romanticizes its tough-guy sensibilities.

Never mind that newsrooms today look much like the cubicle farms of accounting firms -- sans the fashion sense. Or that you're more likely to see reporters playing tennis or squawking about saturated fat than throwing drunken punches at an alderman.

Which left Fulwood, a dapper man who enjoys chess and French champagne, wholly unsuited for the expectations. Though he's billed himself as an "investigative reporter," his lone investigation to date was into why he didn't win the celebrity cook-off. He's written about women's hairdos, the tennis shoes of his youth, and his time as a TV pundit. He's at his most passionate when he's writing about Krispy Kreme. And when he does weigh in on city issues, colleagues complain that his opinions are timid, often more about him than the subject at hand.

"It's kind of a state-the-obvious thing," says one reporter.

One can expect reporters to complain. We may be negative in public, but in the office we're like cannibals at an airplane crash, gleefully savaging one another for vengeance and sport. Fulwood feigns no injuries when he hears of the criticism. "I have no patience for anonymous critics," he says.

Yet the wounds are evident. After all, it's his job to knock out 140 columns a year, all of which are supposed to be inventive, bold, fresh. It's hard to have that many opinions, much less good ones. "I don't know what it is people think I should be doing," he says.

And Fulwood isn't the only columnist to go soft. Examine the nation's newspapers, and you're more likely to find cute-things-my-kid-did than a piercing riff on the mayor. Fact is, it's good for business. "I wrote stories for 10 years," says Fulwood, "very serious, sober stories, and I didn't hear a thing. I write a column now about playing poker or women's hair, and I have to hide from the telephone."

Management seems perfectly satisfied with Fulwood. "I think anyone who would say Sam is a helluva bad columnist doesn't read his column day in and day out," says Metro Editor Mark Russell. "It's improved immensely."

Managing Editor Tom O'Hara is of the same mind: "I think he's doing very well. He's a smart guy, a fine writer. He has strong opinions. He has thick skin . . . I've never had a reader call me up and say that he's too soft."

Still, fellow reporters have a point. In person, Fulwood can be trenchant and forceful, yet forever gracious. His ego is the size of a Ford Expedition -- "It doesn't help that I'm arrogant and black in a city as segregated as Cleveland" -- but he can be just as self-deprecating in the next breath. He describes his BMW convertible as "a midlife crisis" and remembers calling his wife from the dealership, telling her, "Either I'll get the car or I'll get a girlfriend, and she said, 'Get a girlfriend. It's cheaper.'" He pauses, incredulous at the thought. "What girlfriend am I gonna get?"

It's a personality that makes for a good columnist, but only a stripped-down, colorless version ever seems to make its way to print. Which leaves colleagues equally incredulous that he has the paper's primo job and they don't. "People are pissed, and there's some jealousy there," says a reporter. "They want that job, and they want that money."