What We Know About Wizard World Comic Con 2018, So Far 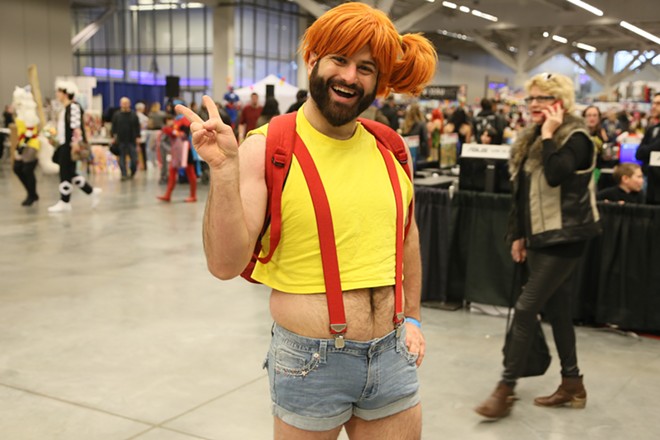 Emanuel Wallace Photo
As seen at Wizard World Comic Con 2017.
Get your costumes ready. Cleveland's own Wizard World Comic Con is back at the Huntington Convention Center of Cleveland from March 2 through 4. The traveling event returns to the Land for the fourth time to celebrate all comic book-related things along with fantasy and science fiction culture.

Of course, comic book authors and editors like Batman's James O'Barr and Aquaman's Martin Egeland will also be on hand to meet and greet fans (it is a comic convention, after all). Panel discussions will also run throughout the weekend for free. More celebrities and writers alike are set to be added to the lineup soon.

As always, fans are highly encouraged to dress up as their favorite characters, for better or worse. Take a look at our favorite costumes from last year right here.

A Wizard World Comic Con 2018 weekend pass will run you $86. And you can pay up to $384 to meet Jason Momoa. See all pricing options right here.