What You Need to Know About the 11th Annual Cleveland Comedy Festival, Which Kicks Off Today at Playhouse Square 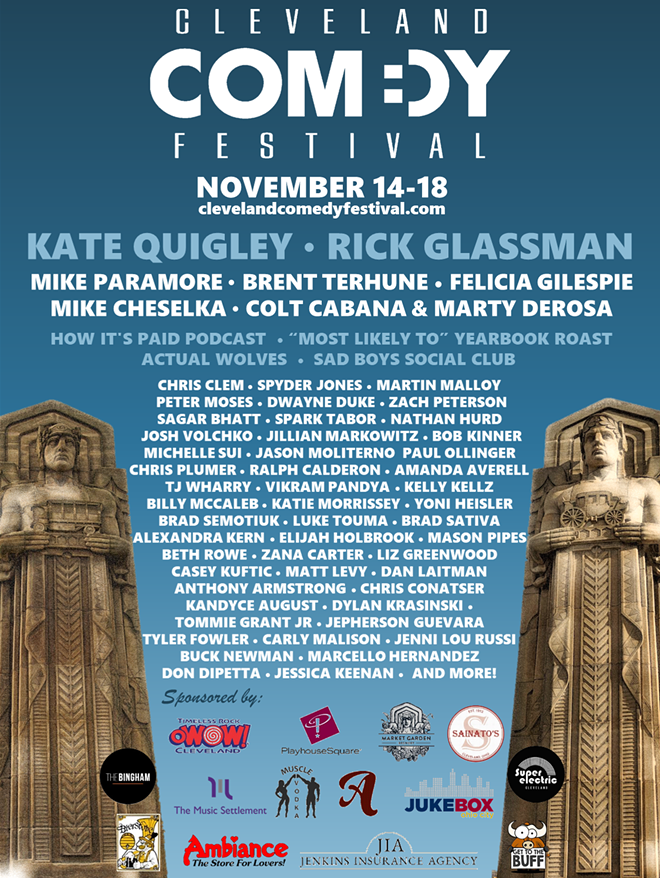 Free comedy shows take place at 5 p.m. today, tomorrow and Friday at Kennedy's Theatre. A $10 Spotlight Showcase will feature up-and-coming comedians from all over the country. Those shows also take place at Kennedy’s Theatre at 7:30 tonight and tomorrow night. Performances also happen at 7:30 and 9:30 on Friday night.

Women and Wine, a stand-up comedy show by women for women, takes place at 5 p.m. on Saturday at Kennedy’s, and the festival's marquee performance features Canton native Kate Quigley, who performs at 8 p.m. on Saturday at the Hanna Theatre. Shaker Heights native Rick Glassman will open the show. That same night, there will be an improv and sketch comedy show at 7:30 at Kennedy's.

Visit clevelandcomedyfestival.com for information on shows taking place at other venues around the city.