Who on Earth is "Dick Knoth" and Why is He Running for Mayor of Cleveland? 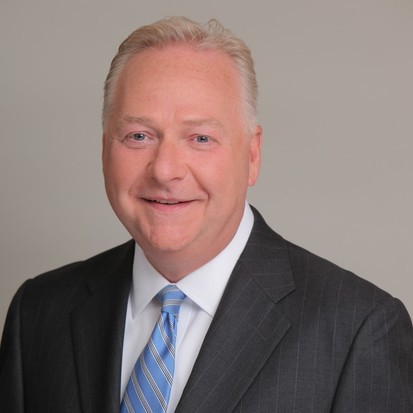 City Club of Cleveland
Dick Knoth
Who is the man pictured above? Is his name truly Dick Knoth?

Believe it or not, yes! Dick Knoth is a partner at the law firm of Baker-Hostetler. (Ho ho!) Dick Knoth is a father of three and a former board chairman at a number of prominent local organizations. Dick Knoth has had, by his own admission, a very good life. And Dick Knoth would now like to run for Mayor of Cleveland.

Dick Knoth sat for a virtual conversation with the City Club's Dan Moulthrop Wednesday as part of an ongoing series featuring prospective mayoral candidates. He has not officially declared his candidacy, but is expected to do so in the coming months.

In a Q&A that covered what is now familiar territory, Moulthrop invited Dick Knoth to weigh in on topics that are likely to be central to this year's campaign: public safety, economic development, social justice, etc.

Dick Knoth billed himself generally as a skilled and experienced private sector leader with the know-how to turn Cleveland around. Plus, all the partners at Baker-Hostetler are expected to be civically engaged, Dick Knoth said. Running for Mayor was not only the culmination of his personal 38-year venture (his career?), and the least he could do after a life of good fortune; it accorded with the desired public image of his firm.

"I owe it to the city," Dick Knoth said, when Moulthrop asked why he would seek the 'toughest job' in town at this juncture in his life. "We raised an unbelievable family. We've been gifted on a lot of fronts. This is not a stepping stone to another position for me. I have a lot to give back."

Dick Knoth's beneficent ideas ranged from the sensible, (close Burke Lakefront Airport), to the misguided, (close Burke Lakefront Airport as a top-line anti-poverty measure), to the utterly disqualifying, (explore an "Uber model" for public transit). After prodding from Moulthrop, Dick Knoth came around to saying that he supported a $15 minimum wage. His grandest proposal, however, was turning over Hopkins International Airport to a new regional authority and pursuing dramatic upgrades there in order to give visitors and potential new residents and businesses a better first impression of the city, a position certain to turn the heads of Chris Quinn and the PD/cleveland.com editorial board. Dick Knoth said he would be the only candidate who dared to make such a change at Hopkins, because it would mean surrendering city control. But he said doing so was in keeping with his prerogative to be innovative.

Like other candidates, Dick Knoth criticized the stagnation and lack of transparency at City Hall. Among other things, he said that if he had been Mayor during the #137shots incident, he would have made immediate top-down changes in the police department. He said he'd be unafraid to make key personnel changes in virtually every city department, if necessary.

Dick Knoth's big recommendation was that Cleveland should welcome the experiences and guidance of other cities to avoid repeating problems that have already been solved. He mentioned, for example, Salt Lake City's successful integration of social workers as first responders. This would reduce violent police encounters, subsequently reduce settlement payments from the city budget and, as a bonus, add more women to the public safety department. He also suggested offering personal tax abatements or other incentives to encourage public safety personnel to live within the city limits.

Dick Knoth said he expected fundraising would be the biggest challenge of his campaign but said he felt uniquely positioned to tackle the city's thorniest problems, including racial equity. A question from the audience pointed out that Knoth, for the moment, has no campaign website and no social media presence. Moulthop suggested this might be likened to City Council's lack of public comment period, frustrating for residents who are clamoring for increased engagement from leaders. Dick Knoth said he understood the perception, but vowed that it would change in a few short months.