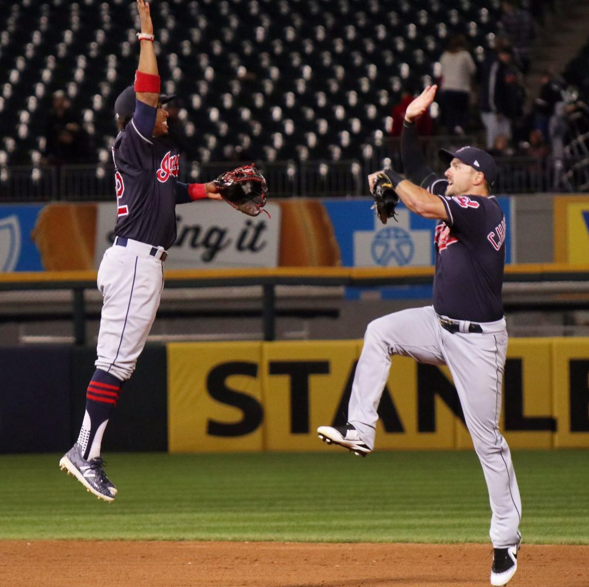 @Indians IG
The Indians are the hottest team in baseball, having won 14 games in a row (tying the club record set last year) and increased their Central Division lead from 3.5 games to 11 games in the process. The streak is all kinds of historic: The Indians are the first team since the 1960-1961 Yankees to win 13 plus straight games in back to back years.

Another 14-game winning streak was improbable; 15 games would be damn near impossible. Or so logic and odds would have told you before this all started. So when local window company Universal Windows Direct offered a promotion in July, coinciding with its 15th anniversary, offering free services to any customers that month if the team won 15 games in a row the rest of the year, it seemed like a safe bet the company would walk away with some good PR and an insurance premium on the contest. And then the team caught fire.

“Besides the players, nobody wants the Tribe to win 15 games in a row more than us," Bill Barr, co-owner of Universal Windows Direct, said in a statement after the team won their 12th straight.  "Everyone who purchased windows, siding, doors, a new roof or anything else from Universal in July will get their project done for free! All we can say is, ‘Go Tribe!’”

The company had 266 orders in July in the Cleveland and Columbus areas, with the most expensive project coming in around $30,000.

Which brings us to tonight and the Indians' match-up against the lowly White Sox. With Cy Young contender Corey Kluber on the mound, there's a damn good chance 266 people around Ohio are going to be very happy sometime around midnight.