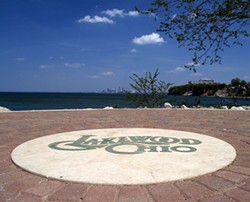 Building on the momentum started by Colerain Township's multifaceted approach to the opiate addiction crisis, the city of Lakewood will deploy its own lineup of treatment programs this fall. The leaning-in approach to Ohio's problem is working in Hamilton and Summit counties; now, Lakewood joins the fight alongside other communities in Cuyahoga and Lorain counties.

The measure was unveiled in a story by The Plain Dealer's Brie Zeltner, wherein Mayor Mike Summers lays bare the problem: "We're overwhelmed," he told Zeltner. "I think conventional wisdom was 'this will get better.' It's not getting better."

The Alcohol, Drug Addiction and Mental Health Services Board of Cuyahoga County will help Lakewood launch its Project SOAR, which blends a community support program with "rapid response" emergency services, the sort of programs that connect police and EMS personnel directly with overdose victims. Colerain Public Safety Director Dan Meloy has provided many cities in Ohio with everything that his own township has learned about the process earlier this year. Lakewood's program will even take it a step further.

Much like the response programs in other cities in Ohio, Project SOAR will bring "peer support specialists" to the emergency department in Lakewood to meet with overdose patients in the immediate aftermath of treatment. Those specialists will be former addicts themselves, people who can speak directly to the mindset and environment in which current addicts find themselves.

Last year, 31 people overdosed and died in Lakewood. Already this year, 11 people have fatally overdosed. Trending data points in that city and in Cuyahoga County suggest the death toll will continue to rise before being brought down by some countervailing force. The hope is that these rapid response teams will start the momentum in the opposite direction.

Lakewood's Project SOAR is expected to be funded by a $300,000 federal Bureau of Justice Assistance grant. (The city hopes to hear back soon on that.)