HANG UP AND DRIVE

Somebody’s got your back, Zack. Not at City Hall. But somewhere. 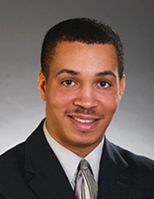 State Rep. Eugene Miller (pictured), a Democrat from Cleveland, just proposed in Columbus something similar to what politically embattled Mt. Pleasant Councilman Zack Reed has been trying to do in Cleveland: read all those crazy text-messaging drivers the riot act.

Actually, Reed wants to mirror California, which recently banned all cell phone use at the wheel (five states have done this; three others have banned just texting). “One step at a time,” says Reed. But Miller envisions another way of going about a prohibition — a ban on all cell-phone use at the wheel for those 17 and under with learner’s or intermediate licenses. And that right there, folks, is one tiny step at a time.

Of course, this would exempt those like Ward 14 Councilman Joe Santiago, who recently admitted to swerving into the other lane while testing out the risk of texting and driving. Yes, only the very young idiots in our midst would even be affected.

One of the biggest beefs generated by Reed’s colleagues on Council has been how this issue sounds like something the Legislature should handle. Another piece of legislation inching its way through Council is a resolution asking state lawmakers to do something en masse, Reed notes.

And they are. One, anyway. Kinda. Miller boasts that his legislation is backed by AAA. We’re sure the phone companies are happy too that it’s the kiddies only that would take the heat for what’s budding to be an all-ages obsession. We know it’s tough to be a Dem in Columbus. We’d appreciate anything you can manage, Rep. Miller. — Dan Harkins