GRANDMA WAS RIGHT: IT'S SATAN'S MUSIC!

It turns out holding those Rock Hall inductions here a few weeks ago may not have been so good for the city after all, seeing as it played right into the clawed hands of the diabolically cloaked New World Order. Witness a new video documentary, The Sun at Midnight, by by Austin-based Texe Marrs. Mr. Marrs is a retired USAF officer, a former assistant professor of aerospace-weapons studies, president of Living Truth Ministries, a sworn foe of the Illuminati, an evangelical broadcaster behind the Power of Prophecy website and radio show, an anagram for "Master Rex" — and now, apparently an architecture critic. 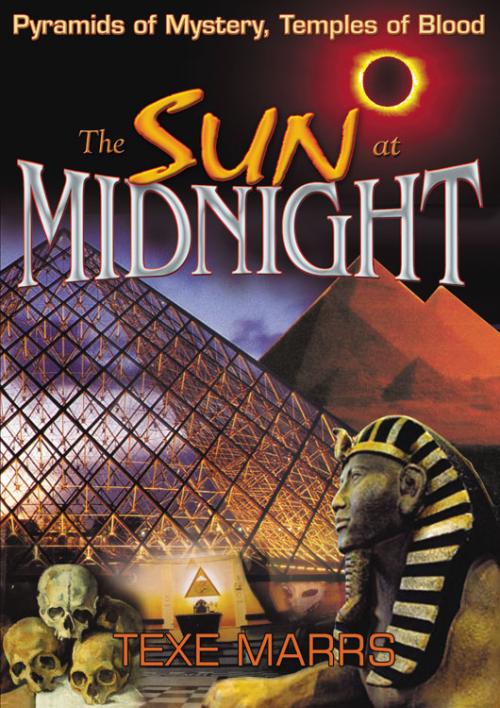 Following his Conservative Book Club publishing hits Dark Secrets of the New Age and Circle of Intrigue, Marrs, in his book Mysterious Monuments, exposed secret Da Vinci Code-type messages of a demonic nature, boldly graven in plain sight via pagan symbols, monstrous statues and Lovecraftian designs in assorted worldwide monuments and government-sanctioned edifices. Such accursed stones and obelisks attack Biblical values and decency at places including the National Cathedral in Washington D.C., Rockefeller Center, the Capitol … and Cedar Point. Sandusky, Ohio, according to Marrs logic, is an entire city laid out in the form of a Freemason square-and-compass. It is significantly home to Cedar Fair, a company whose flagship theme park has the world's largest wooden roller coaster, known as "The Beast," which runs three six-car trains, making a numerical 666.

Just as bad, however, in the Marrs-ian chronicles, is the propagation of pyramid-shaped buildings across the world in recent years. He names many in The Sun at Midnight, including the crystal pyramid of the Louvre (made famous in Dan Brown's bestseller), a pyramid erected by North Korean dictator Kim Jong Il, the Luxor hotel/casino in Las Vegas, a pyramid-shaped skylight on the U.S. Mint … and sinister architect I.M. (Illuminati Minion?) Pei's design for the Rock and Roll Hall of Fame and Museum here in Cleveland.

"Satanic leaders are well aware of the Luciferian intent of the pyramids, and this is why this design is so immensely popular among the wealthy, elite buildings for today's Illuminati global network," writes Marrs. Pyramid structures, he claims, represent both womb and phallic symbols of paganism, preparing the oblivious masses for a coming “cold, cruel Kingdom of Evil.” Not to mention a dimensional gateway for Gozer to transform into a giant sloar.

We tried to get an answer from the Rock Hall: Are they guilty of an insidious end-times conspiracy by depraved underground secret societies? And would this would mean a special discount in Rock-Hall admission fees? But no response has been received. More evidence of a cover-up. — Charles Cassady Jr.