A perennial candidate with some actual credentials runs for Cleveland mayor this time around. He decides to walk up Lorain Avenue from the abandoned Tops at Kamm’s Corner to the West Side Market to kick things off. It’s a seven-mile jaunt, rain or shine. Smacks of Stokes, right?

Why no one paid attention: Norbert Dennerll is 80, and Frank Jackson is king.

“When I found out 90 percent of Mayor Jackson’s campaign fund came from outside the city, I thought, ‘Holy Christmas!’” he says, not realizing that no one has used that expression since St. Nicholas was actually alive. “Politicians used to think that Jack Russell was tough when he was president of Council.” 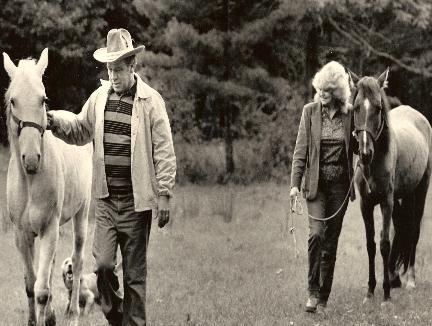 Dennerll, of West Park, is a retired Renaissance man of the workaday variety, so he’s got a right to make no sense sometimes. He’s a Korean War-era Marine vet, started out as an insurance salesman, then owned four real estate agencies, ran a small string of private schools, taught all of Lorain County Community College’s courses on real estate, and was a city councilman for three terms in the ’50s and ’60s. So he can reference Jack Russell all he wants.

He started running for public office at 20, after graduation from Baldwin-Wallace. Since retiring, he’s run a string of unsuccessful campaigns, including an ’88 bid for president. “I haven’t stopped yet,” he adds.

Dennerll was pleased with the reception to his impromptu march for symbolic recognition, but knows it probably didn’t matter. Jackson already had more than a half-million in the bank at the beginning of the year, a pot he won’t likely need to fill that much either — since Dennerll seems to be the only vaguely qualified candidate to say anything truly contrary about Jackson’s reign. And Dennerll doesn’t even accept campaign contributions. He sends out his press releases in hand-written, all-caps, snail-mail alerts.

“I just don’t accept money,” he says, explaining it all away. “I don’t know how you can accept money and not have to do favors. I’m not bragging. That’s just the situation. You could call it stupid too.”

But Dennerll remains inspired nonetheless by ordinary Clevelanders he encounters in his travels, who tell him they’re sick of the city’s entrenched power establishment and don’t have much to say for the job Jackson has done keeping the ship afloat. Especially in his home neighborhood. He thinks Cleveland could stand to be represented a little like they used to be.

“When we had 33 councilmen, I knew every business man and everybody in every house in my ward,” he says. Today, with half the population, you’d think it’d be easier to do that, he says. That’s why he’s been collecting signatures to run against not only Jackson but Council President Marty Sweeney in their West Park ward. If it looks like he won’t collect the needed 3,000 valid signatures to run against Jackson, he’ll surely have the 200 needed to give Sweeney, Jackson’s neutered pit bull, a good nailing or two. In that race, Dennerll would have a stockpile of ammunition. Besides, he jokes, it would be like running against the same person anyway.

“Everybody knows that this city’s been run the same way for decades,” he says. “By the people with all the money. The Sam Millers.”

But it’s not just about all that.

“We do have disagreements on the issues,” he says. “Like the Supreme Court residency ruling [striking down the city’s two-decade-old rule barring most city workers from living outside the city]. I think what they ought to do is just hire the best people, wherever they live, and make sure they take the test to get hired. When you have 2,900 people not taking a civil-service exam and getting the jobs anyway, that’s not right.”

His biggest beefs, though, are about paltry job creation and even paltrier graduation rates — giving so many young Clevelanders so few options.

“I was nasty sergeant in the Marines … and took men who didn’t know anything and turned them into real Marines for the rest of their lives,” he says. “The same thing needs to happen with Cleveland city schools. They need to be cleaned up and out. So many of these kids, they just want somebody to lead them. The only reason they’re out there on the street is because they don’t have any money or a job. They’re not bad people. We can reach out to them.”

Before they scream out to us. — Dan Harkins