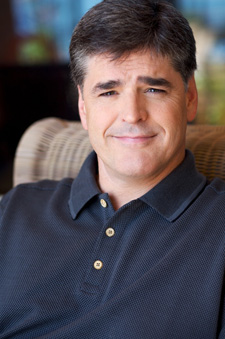 On WABC Hannity inherited [Bob] Grant's fan base of angry white males, who listened to his show in the New York City area. Hannity recognized his audience's thirst for red meat, racist rhetoric. However, he knew that if he wanted to avoid Grant's fate, he needed an air of deniability. When "Hal from North Bergen" began calling his show, Hannity found he could avoid the dangers of direct race-baiting by simply outsourcing it to Turner.

During an August 1998 episode of the show, Turner reminded Hannity that were it not for the graciousness of the white man, "black people would still be swinging on trees in Africa," according to Daryle Jenkins, co-founder of the New Jersey-based antiracism group One People's Project. Instead of rebuking Turner or cutting him off, Hannity continued to welcome his calls. On December 10 of the following year, Turner called Hannity's show to announce his campaign to run for a seat in the US House of Representatives from New Jersey, and to attack his presumptive opponent, Democratic Representative Robert Menendez, as a "left-wing nut." …

Today, as one of America's most recognizable broadcast personalities, Hannity vehemently denounces racism as he sees it. During the 2000 presidential campaign, Hannity demanded time and again that Al Gore fire his black campaign manager, Donna Brazile, for her comment that "we're not gonna let the white boys win." Two years later, during California's gubernatorial recall election, Hannity repeatedly attacked Democratic candidate and Lieutenant Governor Cruz Bustamante as a racist for refusing to renounce his association thirty years prior with the Chicano student group MECHA. Yet Hannity is silent about the racist affiliations of favored guests like Family Research Council president Tony Perkins, Mississippi Republican Governor Haley Barbour and former Republican Congressman Bob Barr, all of whom have spoken before gatherings of America's largest white supremacist group, the Council of Conservative Citizens.

Hannity remains silent, too, about his relationship with his former friend, the neo-Nazi Hal Turner. Whatever he thinks about Turner's politics today, Hannity views his career as a uniquely glorious phenomenon — right-wing hate radio as the American Dream. "This is America, after all," Hannity wrote in Let Freedom Ring. "Whatever you think, you're free to say it out loud — as long as you're prepared to defend it. And if you get lucky ... someday you might even get paid for it.