DO YOU LOVE BOYS WHO SPARKLE?

When I read the Twilight books by Stephenie Meyer, which have garnered staggering sales, it wasn't just for sweet vampire love. I tried to figure out how the author has drawn in so many readers — many of them girls aged 11 to 14, who are particularly difficult to engage. 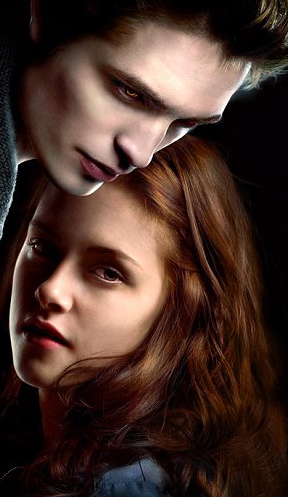 It didn't take me long to unlock the secrets of Twilight. Meyer, who hails straight from the bosom of the Mormon Church, has pulled a playbook from the formidable hands of Walt Disney and Co. Bella Swan and her vampire beaux Edward Cullen are a sophisticated version of a damsel in distress and a shimmering prince. There are whispers from Cinderella, Snow White and even Beauty and the Beast in each of these books. Bella and Edward are just more darkly complex than your average fairy tale denizens. Their relationship is obsessively unhealthy and even culminates in an intimate physical encounter that leaves Bella covered in bruises and begging for more.

But Meyer also weaves contrast, irony, symbolism and literary references into the Forks saga. She does it with subtlety and skill. The arc of the series as represented in the celestial bodies of the titles is no less than breathtaking.

Through November 18 at locations throughout the Cuyahoga County Public Library system, I'll be presenting "Illuminating Twilight," during which I'll reveal exactly how the blood pumps through the pages of Twilight, New Moon, Eclipse and Breaking Dawn. I invite all Twi-hards from Team Edward as well as Team Jacob to join me and energize the discussions. This event is free and open to everyone from grade six through adult. Discussions are age-appropriate. Visit my blog for a complete list of dates and locations. — Erin O'Brien