YOU’RE TALKING A LOT BUT YOU’RE NOT SAYING ANYTHING

The media coverage of Anthony Sowell has left me angry, though not for the reasons you might think. It was almost 30 years ago when I first entered the world of serial killers who rape and serial rapists who kill (yes, there is a difference). I have interviewed the perpetrators, their families, their victims’ families and the handful of survivors. 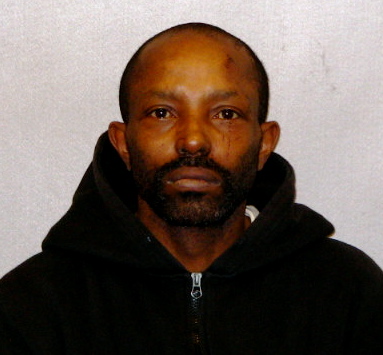 Local journalists have seemed more concerned with beating each other to any tidbit of information that might improve their ratings than presenting an accurate picture of what has and has not occurred. For example:

ALLEGATION: Somebody should have warned the neighborhood that a sexual offender was living in its midst. FACT: Somebody did warn the neighborhood — all neighborhoods. For several years, the Cuyahoga County sheriff’s office web site has provided a complete list of registered sexual offenders like Sowell. You can type in the city, the offender’s last name or your zip code. You will have pictures of every registered person and their known addresses. Some fail to report moves, but Sowell had been in full compliance for years. Familywatchdog.us, which I find difficult to use, covers the nation.

The primary duties of law enforcement do not include visiting to alert you that someone who has served his or her time lives in your neighborhood. You have to take responsibility for checking. You also have to remember that these are individuals not currently wanted for any crime.

ALLEGATION: The smell of decaying flesh permeated the neighborhood, led to countless calls to government officials and turned the street into a real-life version of the last scene of Poltergeist. FACT: When a handful of reporters finally began demanding accountability from the councilman, police and health-department officials, it turned out that there were almost no calls made in the last two or three years. Those that were made could not list a specific address (leading to speculation that the source was a nearby sausage factory). Investigators smelled nothing because decaying flesh is not disgusting for long. That’s one of the reasons cadaver dogs are used to find bodies.

ALLEGATION: Had the police just gone inside when making their random check to be certain that Sowell was at the address registered to the sheriff’s office, the horror surely would have been discovered. FACT: Sowell was not on parole. Sowell had served his time and was free to return to society. There could be no uninvited entry without a search warrant, and there was no justification for a search warrant as of the last random check in September.

ALLEGATION: The victims were black women, so no one gave a damn. Now if they had been sweet blondes from nice neighborhoods … FACT: All serial killers follow a logical pattern. The problem is knowing how they are thinking when they start committing crimes, usually before the age of 21, which is why there is such interest in Sowell’s distant past.

In the easiest cases to solve, the killer acts within a specific area, targeting individuals with an obvious commonality, like all redheads working second shift at fast-food restaurants within a three-mile radius of one another. The hardest have victims who share a personality type — in this case, victims who were mostly struggling with drugs and alcohol and who, during low points, were likely to go with a pleasant stranger to get high in his home. Pointing out that they were black and Sowell is black is not racist. It is a fact and one more detail that kept anyone from spotting anything wrong. Had he been white or the women been white, that fact might have been different enough for someone to remember. Might.

ALLEGATION: The families notified police. FACT: When? Of what? Most of the victims’ families neither acted in a timely manner nor provided information that might have determined if a crime had been committed, and in one instance, they went to a law enforcement agency that had no jurisdiction and no information to warrant involvement or turning the matter over to the appropriate authorities. Several of the identified women were estranged from their families to a degree that their going off the wagon for a few days then wandering back to try sobriety again was a familiar pattern. There was nothing to indicate foul play.

Personal note: I’ve lived near Page Avenue in East Cleveland. This was not only a street where drugs were readily available, it was not unusual to see a partially clad, thoroughly disheveled woman who had crashed in a vacant apartment going down the street at sunrise, trying to be inconspicuous in a bra and panties. Such stories were often told at area Narcotics Anonymous meetings by women who had survived and triumphed.

ALLEGATION: Women who were victims of Sowell’s violence went to police and nothing was done. FACT: This may be partly true, something that will not be known until all bodies are unearthed and all who encountered him have come forward. However, because the victims were on the fringes of society and struggling with substance abuse, they had a fear of law enforcement or a tendency to drift, their whereabouts on any given day unknown. They did not go along with critical procedures to assure prosecution, including giving interviews to detectives and filing formal complaints necessary for the prosecutor to act. They can come alone, with a family member, an advocate from Witness/Victim or a friend, but if they don’t seek justice, the abuser will continue hurting others.

And finally, this FACT: Men and women committing sexual violence are in every community, including those where the privileged pretend they are immune.

Law enforcement reacts to known problems. If a missing person has a documented history of high-risk behavior with periodic absences, he or she will rightfully be a lower priority. One woman was heard commenting that she wouldn’t want to know if someone like Sowell was in her neighborhood so long as he didn’t bother her. Reality is that we all must look out for ourselves and each other, and that includes using the sheriff’s sexual offender list.

As for the news media, when they fail to provide all relevant information they have failed the community they are supposed to serve.

That’s why I am angry. — Ted Schwarz