HOMES OF ROCK AND COUNTRY RACE TO CLOSE BAD DEALS

Plans to build a medical mart in Nashville are proceeding apace. The Tennessean reports:

Nashville's existing convention center could become a 15-story medical trade center buzzing with health-care innovations and brimming with visitors — and steering some business to a new convention hall. 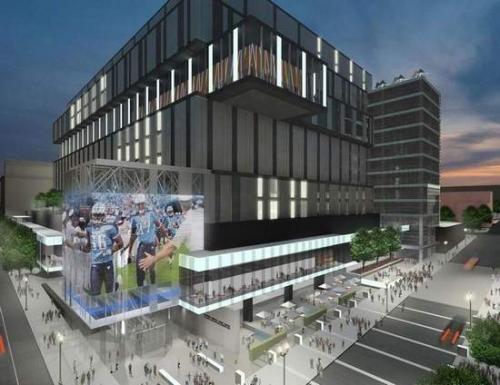 The repurposed building would house a medical mart showcasing more than 600 health-care companies' products and technology. Market Center Management Co., part of Crow Holdings, wants to create the world's first year-round medical trade show and estimated it would create 2,700 jobs and bring in 150,000 visitors a year.

"Anybody who has health care as a customer base, we think they'll want to be here," said David Osborn, a Nashville-based senior adviser to the company.

Well, hell's bells, am I right, MMPI? No wonder you suddenly want to rewrite the deal.

Neither city really knows that it's doing, but maybe Cleveland and Nashville can work something out. Like, say, we drop the whole medical mart thing in exchange for … an NHL team? — Frank Lewis