Update: As if this is surprising to anyone, Jimmy Dimora's name is misspelled on the billboard as "Dimara," a fact that came to light once the fine folks with the eagle eyes over at NewsNet5 took a closer look.

A billboard on I-271 celebrates the history of Bedford Heights. "Celebrating 50 years," it reads, alongside a row of headshots of former Bedford Heights mayors. Among them, the one and only County Corruption Starting Point Guard Jimmy Dimora.

Current Mayor Fletcher Berger told NewsNet5 that we live in a free country where "people are innocent until proven guilty." Unfortunately for Jimmy, Berger is probably not eligible to be on Dimora's jury. 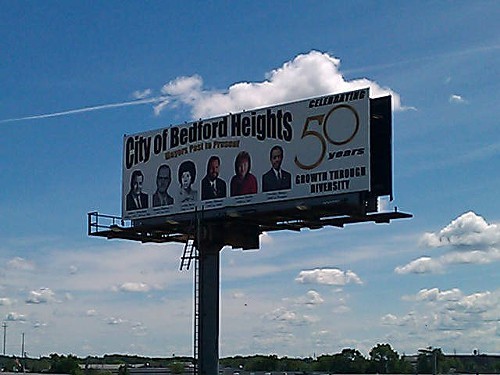