Concert Review and Slideshow: Blackberry Smoke at House of Blues

On a tour that finds them switching between arenas and clubs as they alternately open for Zac Brown Band and headline their own tour, the guys in Atlanta’s Blackberry Smoke appeared clearly enthused to be playing before a sold out crowd at House of Blues last night. Southern rockers who proudly carry on in the tradition of Lynyrd Skynyrd and the Allman Brothers Band, the band came off as some kind of newfangled version of the Black Crowes as it mixed country, blues and rock into a sonic stew with its own, particularly delectable taste.

They opened their nearly two-hour set with “Shakin’ Hands with the Holy Ghost,” a tune they delivered so fast and furiously, the sound system couldn’t really handle the racket. In fact, a muddy sound mix that often left the vocals drowned out by the guitars plagued the band’s set for the entire evening. Things cleared up a bit for “Six Ways to Sunday,” a catchy alt-country number that singer-guitarist Charlie Starr introduced by saying, “we’re here to boogie.” And “Good One Comin’ On” sounded sharp, too, inspiring the audience to enthusiastically sing along to the raucous anthem about drinking tequila and skinny dipping.

A jam band at heart, the group often improvised and would stretch out its songs into spacey blues and rock jams. Sometimes, the tunes would limp to an end, but more often than not, the improvising was a good thing. The guys played a few riffs of “Midnight Rider” in the middle of “Sleeping Dogs” and then broke into Zeppelin’s “When the Levee Breaks” while jamming in in the middle of their own “Freeborn Man,” a song that Starr devoted to anyone who had been divorced. While Starr had the long scraggily hair, he didn’t quite have the same stage presence as the Crowes’ Chris Robinson. And yet, he proved to be a more than capable bandleader with an expansive knowledge of rock ’n’ roll. Putting an exclamation mark on the concert, the group turned out a terrific rendition of the Rolling Stones’ “Can’t You Hear Me Knocking” as part of a rousing encore. 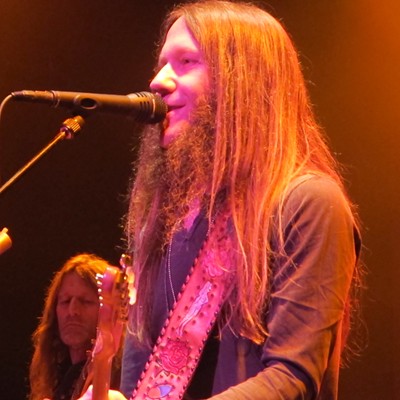 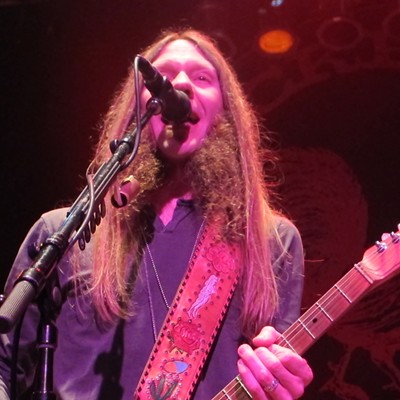 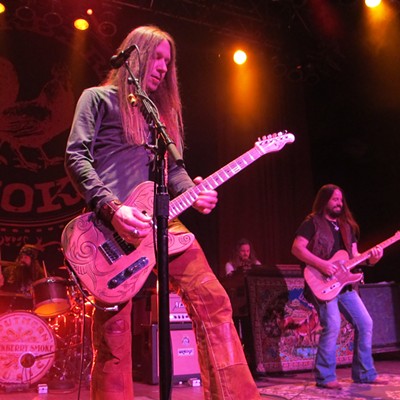