Dispatches from The Jauntee's First Show in Cleveland (With Slideshow) 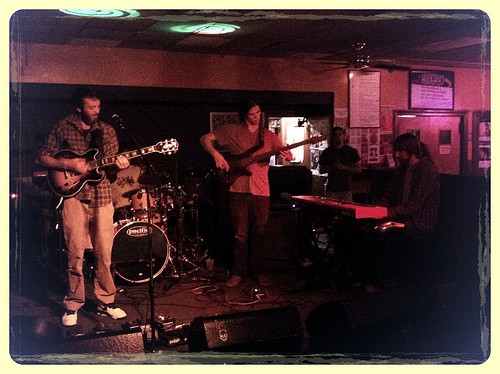 More often than needed, the jam scene can't help but dig into questions about who the ascendant bands are. And that's all fine and well, but the question usually manifests around the idea of an heir to, say, Phish's "throne."

In this the thirtieth year of Phish I declare their successor to be The Jauntee.

That's a bold lede. I read that when it was published in June, having heard little more than whispers of this band from Boston. The forum on Phish.net took up the discussion, which turned into a pretty interesting debate over the meaning of a phrase like "heir to the jam throne" and the merits of this band in the first place. I figured I had to see them live.

Last night, The Jauntee quietly slipped into Beachland Tavern for a stunning gig before an audience of maybe 20 people at its peak. The low attendance and damn near empty floor in front of them may have spooked the band a bit at first (the jamming was tight early on, but seemed to focus on warm-up-level jazzy compositions; pretty great, but nothing mind-blowing). They dropped Cake's "Stickshifts and Safetybelts," which was a terrific contrast to the first few tunes. That song also paved the way for a) the realization that they can churn out interesting cover choices and b) the jam of the night, the main event that was lying in wait.

First off, the band members are incredibly talented. Throughout the show, they tossed around four-part improv the likes of which Cleveland's jam scene doesn't see too often. This was, for the most part, upper-echelon shit, and those in attendance knew it.

After a couple of originals, the band sneaked Beck's "Devil's Haircut" into one of their own songs. At first, it seemed like a simple tease of the main riff, but guitarist Caton Sollenberger started singing the tune and leading the band deeper into Beck-ish territory.

Here's the thing, though: They went DEEP on this one. The band jammed out "Devil's Haircut" for more than 30 minutes, dishing up the sort of four-headed-monster type-II improv that, yes, Phish perfected long ago. And though it feels foolish, really, to lump the two bands from opposite ends of time and space into the same paragraph, the younger group is certainly drawing from the same well that fuels the elder statesmen (particularly the 2012-2013 era [late 3.0, to those in the know]).

After the show, I chatted briefly with drummer Scott Ferber. We talked about the Jambands.com article, which he brushed off pretty quickly with a laugh. The band seems to realize the sonic proximity to Phish du jour, but they're kinda-sorta trying to work to consciously evade it. (Notably, the band teased "Divided Sky" right before the last song of the night, as if they were just itching to sink their teeth into the marrow of Phish.)

So back to the question of the Jauntee being the "heir" to whatever "throne" remains... The problem with the argument is that bands like the Grateful Dead, Phish, Widespread Panic, et al. were all able to build their following - their inherent culture - around a sort of grassroots movement based almost solely on live shows and word-of-mouth. Post-Internet, nothing of the sort will ever happen again - in music, art, film, etc. Purity got replaced with irony at some point along the way, and bands of any genre just have to confront that.

There are plenty of young jam bands making massive waves on the scene. And that in itself is really great news. All summer long, tours have raced across the Midwest and the Northeast, proffering new music to those willing to lend an ear to the sort of bands willing to experiment and, from time to time, tip their hats to the greats that came before them.

To return to the original article in question, here's a sort of concluding statement from writer David Paul Kleinman, discussing the simple fact of the matter that live shows drive bands' successes (a fact jam bands learned long ago, and one that the mainstream music press is just now kinda grasping):

Live performance is the music industry now, and the Jauntee will soon become the new CEO.

Interesting choice of words. The business-world metaphor may be apt, given how much the industry has changed since the heady initial stirrings of Phish and the Dead. If there is an heir to something, it seems like it would be a compartmentalized heir to the chief executive office's chair - the big one, laden with black cushiony leather. If The Jauntee continues to churn out mind-bending music and to make sound business decisions (like traveling to Denver, where they'll headline afterparties following Phish's end-of-summer-tour shows), it's a given that they'll be around for awhile. 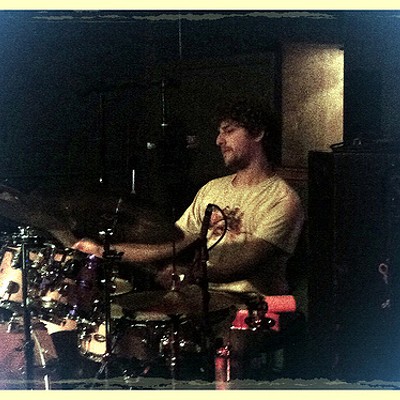 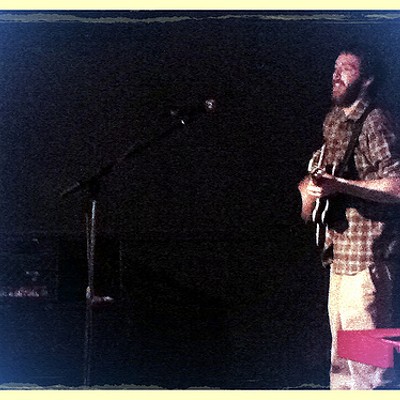