Animal Collective's musical genius on display at House of Blues

After a series of cancellations throughout this past year, Animal Collective finally came to Cleveland. In their first Cleveland appearance since the release of 2012's intense Centipede Hz, the group brought a full arsenal of psychedelic rock to House of Blues last night. The temptation exists to refer to them as an "experimental" rock group but nothing is further from the truth. This is not an experiment; this is the final result of genius. Sporting the full cast of band members (with the aliases Geologist, Panda Bear, Avey Tare and Deakin), AC went wild playing to a sold-out house.

Decorated as a gigantic mouth complete with large glowing teeth, the stage was a visual delight and featured a multi-color projected display similar to the Centipede Hz album artwork. The group opened with "New Town Burnout," a wonderful, if slightly unsuspecting, song more on the delicate edge of songs they would play. The energy built and built throughout their set as tracks like "Moonjock" and "Lion in a Coma," turned the House of Blues into a bumping party. Fans grew more excited even when the band played slightly more subdued songs like Merriweather Post Pavilion's "My Girls," a song that started beautifully and elegantly but eventually threw in a punchy backbeat that kicked the song into a serious groove. The majority of their songs carried a dreamy atmospheric cloud backed by grooves that, while not always a straight four beat rhythm, were danceable regardless.

The show hit an amazing climax during "The Purple Bottle," a song off of their 2005 release Feels. As the band performed, six lights shot out from behind it, creating an absolutely epic presence as the music exploded with excitement. Between the music, intense flashing lights, crazy visuals and audience excitement, the show erupted in a Technicolor orgasm. Called back onto stage for an encore, the band played "Today's Supernatural" and "Brother Sport," once again turning the House of Blues into an uplifting dance party. The artistry of the show brought an electric energy and an unforgettable experience.

Performing underneath a translucent tent with colorful images projected on it, opener bEEdEEgEE created a wonderful start for the show. Beginning with a series of drones matched with occasional dolphin samples, he created a thick and dreamy atmosphere around the venue. By gradually adding and subtracting synths and percussion, he built up an energetic non-stop set, reminiscent of late ’80s electronic mixed with heavily warped synthesizers. Live, his music tended to be thicker and more simply composed than that of tracks on his new record SUM/ONE but either way, he's someone to keep on eye on over the next couple years. 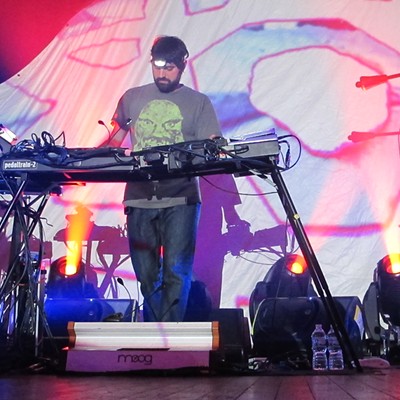 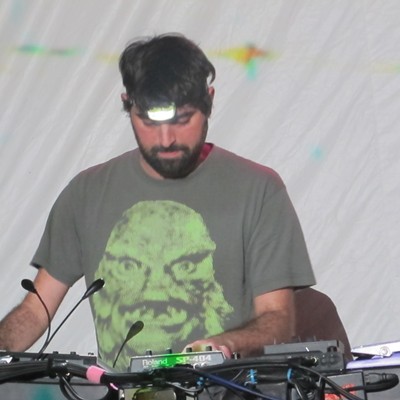 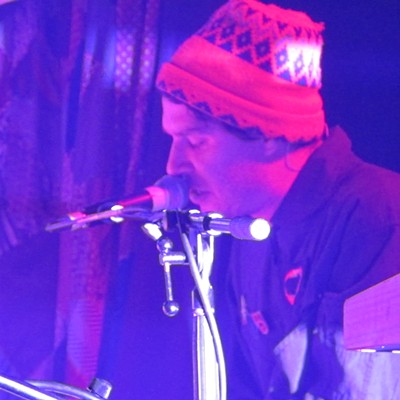