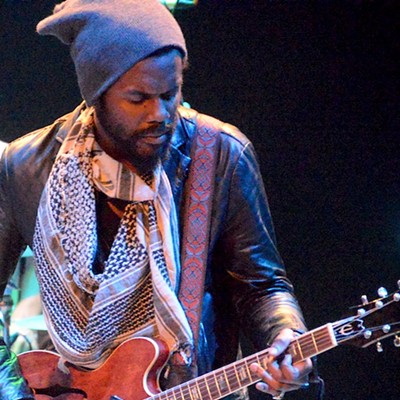 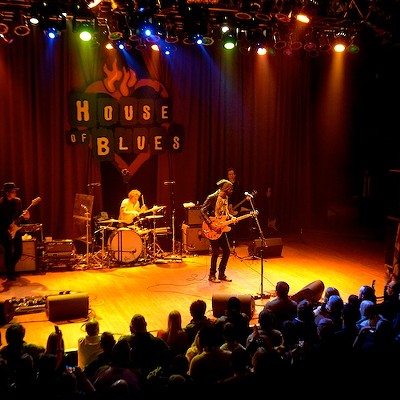 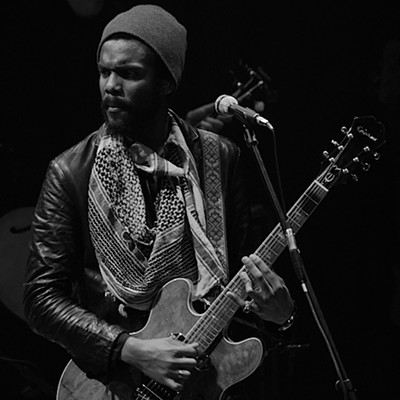 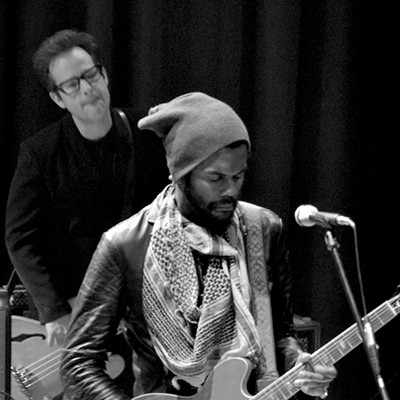 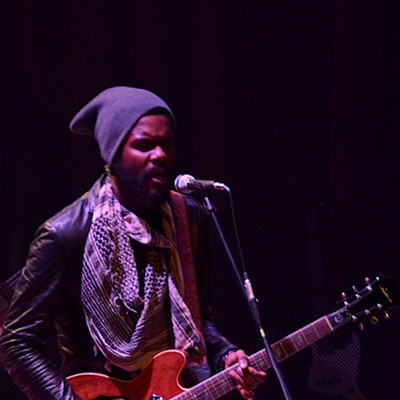 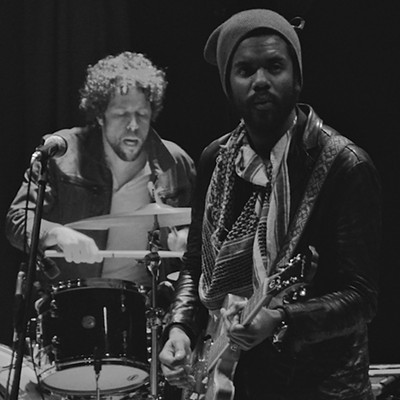 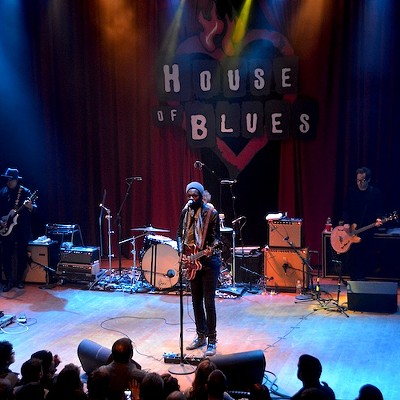 It would be easy to think that Texas guitar slinger Gary Clark Jr. is an overnight sensation. The past year, he’s seemingly played every big festival and even won a Grammy. In reality, the guy has earned his due. He released his first album a decade ago, but last year’s Blak and Blu was his major label debut and got a bigger push thanks to the marketing department at Warner Bros. Records. Given all the hype, there was a good deal of anticipation for last night’s sold out show at House of Blues. While Clark didn’t exactly live up to his rep as the second coming of Hendrix and/or Stevie Ray, he certainly displayed some serious skills during the two-hour show.

Sharply dressed in a knit cap, a black leather jacket and a long scarf he wrapped tightly around his neck, Clark just looked like an old school blues guitarist. More of a traditionalist than, say, someone like the Black Keys, he played a little bit of everything, including old blues classics, mellow ballads and gritty rockers. He’s said he’s influenced by hip-hop, but that wasn’t clear from the approach he took with his tight three-piece backing band.

The concert started slow with songs such as the mellow “Three O’Clock Blues,” a standard that Clark faithfully recreated. He loosened up a bit by mid-set as he delved into “Ain’t Messin’ 'Round” and “When My Train Pulls In,” two of the best songs from Blak and Blu. It was about this point that the club’s fire alarm accidentally went off (sirens wailed and lights flashed as the house lights came on), but Clark soldiered on even though the club didn’t turn the damn thing off until near the end of the concert. Another highlight: “Blak and Blu” had a simmering intensity to it too as it started with a bit of heavy percussion before Clark adopted a falsetto for the soulful tune.

The encore featured the heavy blues rocker “Bright Lights” and the atmospheric “You Saved Me,” a song that concluded with a fierce jam that found Clark at the edge of stage as he soloed. “Numb,” another tune in the encore, would have resonated more if the vocals weren’t so muffled.

Clark doesn’t play with the same ferocity and intensity as Hendrix and Vaughan but it’s hard to criticize him for having his own style, even if it sometimes comes off as a bit too detached and laid back. He's a great player who's keeping an incredible American tradition alive.