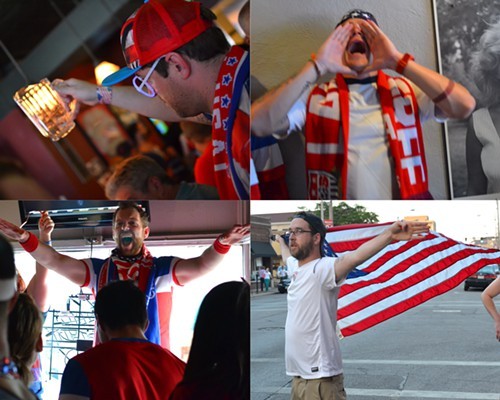 It was wall-to-wall soccer fans inside Merry Arts Pub & Grille in Lakewood yesterday evening as the United States national team team scored a dramatic late goal to beat Ghana in their first game of the 2014 World Cup.

It was crazy hot and packed with sweaty people inside the packed Detroit Ave. bar — the home-based for the Cleveland chapter of the American Outlaws, the die-hard American soccer fan group (see our World Cup preview with one of the group's leaders) — and someone took some great video of the fans reacting to the game-winning goal. It was just a few minutes after Ghana tied the game and a few minutes before the final whistle was going to blow: the header from young defender John Brooks was the difference between a disappointing tie and a chest-thumping victory, putting the U.S. in a good position in their extremely difficult group. Check the video:

Scene was at the bar, and this particular writer was about five yards from where the guy was filming (see my pictures below). It was even more intense in person than it looks in the video. Notice all the liquid getting thrown around in the video: a lot of people were drinking from beer bottles, cans and pitchers and the bartenders had been passing out cups of ice water to parched fans. When that ball hit the back of the net, all that liquid went everywhere: people's sweat-soaked clothes became soaked with cheap beer and cold water. It felt amazing. The goal felt even better.

My pictures from inside Merry Arts are here. Check them out: 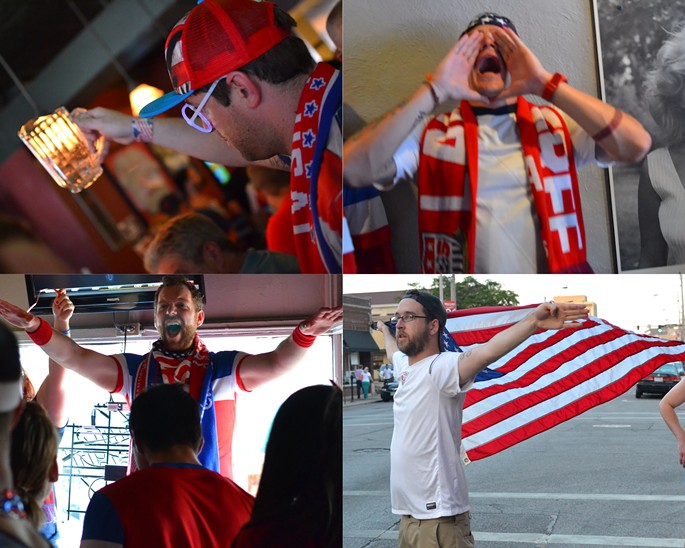 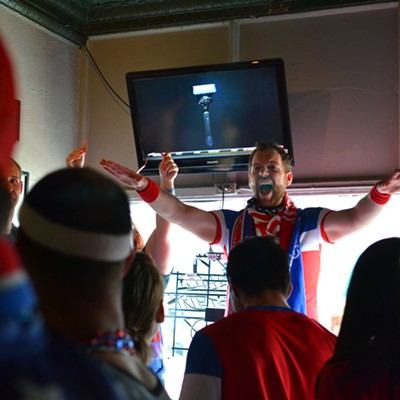 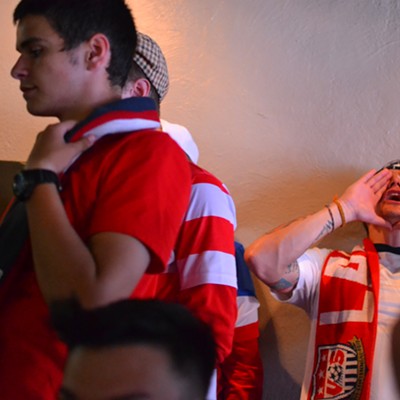 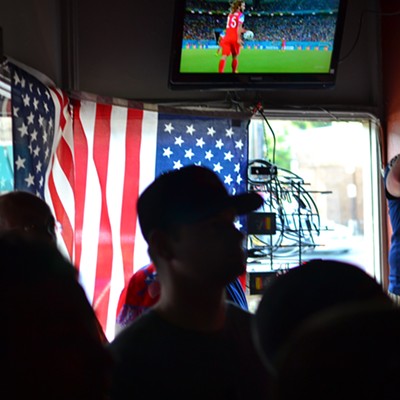 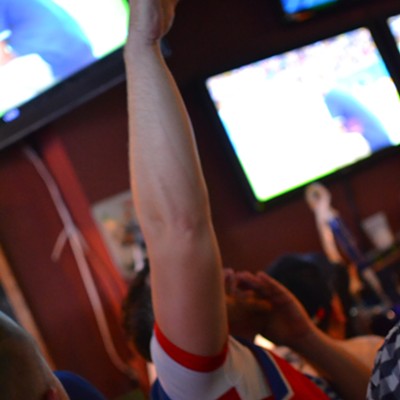 Soccer Fans In Lakewood Watch The U.S. Beat Ghana In The World Cup
By Doug Brown
Click to View 23 slides