“I’m going to see my fourth favorite Beatle,” said one fan on her way to last night’s Ringo Starr & His All-Starr Band concert at Jacobs Pavilion at Nautica. Her remark didn’t come off as an insult, but it did speak to the fact that Starr certainly doesn’t represent the Liverpool band’s legacy to the same extent as former Beatle Paul McCartney, who’s out playing stadiums and arenas while Starr could only manage to fill about three quarters of Jacobs Pavilion. Still, by vigorously emphasizing his message of peace and love, Starr proved to be quite endearing in a two-hour concert with his All-Starrs, a band that features Steve Lukather, Richard Page, Gregg Rolie, Todd Rundgren, Warren Ham and Gregg Bissonette. 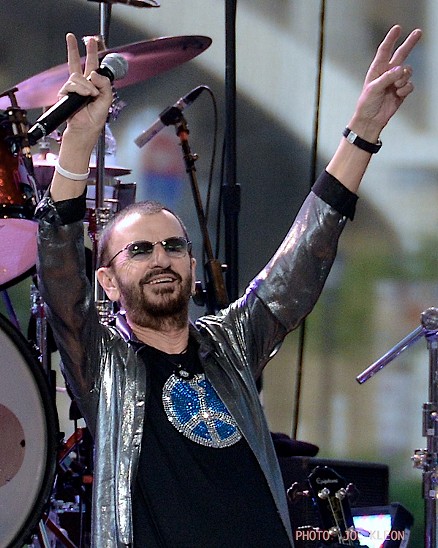 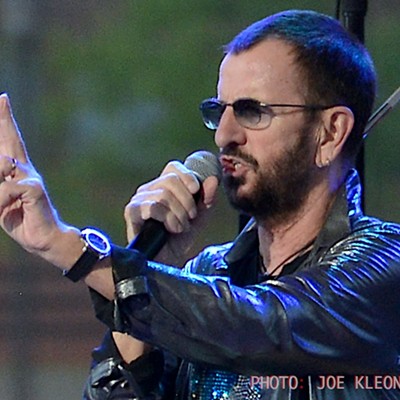 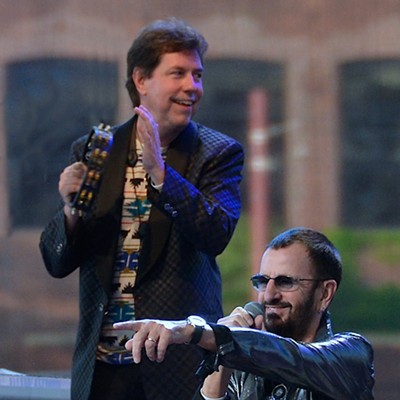 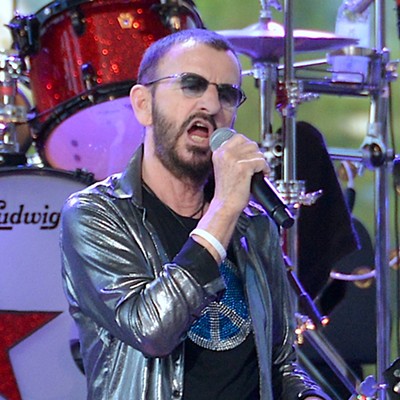 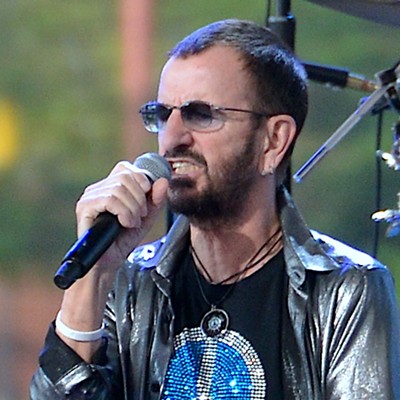 At the concert’s start, the slender Starr, 73, bounded onto the stage with the kind of energy you’d expect from someone half his age. He flashed the peace signs and exuded good vibrations. “You ready to have some fun,” he yelled at the concert’s start. He then joked, “Every song we play, at least one of you will know.” Starr started the set on lead vocals before drifting back to the drum set to let Rundgren take center stage to sing his “I Saw the Light,” a tune that featured a duel of sorts between him and fellow guitarist Lukather. Throughout the night, Rundgren and Lukather would exchange licks, often outshining their fellow bandmates, all of whom are talented musicians in their own rights. Starr was held his own on the drums but seldom did anything that was too flashy (Bissonette actually hammered away at his kit with more vigor).

Starr then passed lead singer duties to Gregg Rolie, who delivered “Evil Ways,” a hit he had with Santana. He then passed the mic to Lukather who sang “Rosanna,” a Top 40 hit from his Toto days. And so it went. While Richard Page sounded sharp on “Kyrie,” the Mr. Mister song was probably the weakest of the bunch. The set got back on track with the infectious Rundgren hit “Bang the Drum All Day," for which he hammered away at a percussion kit, and Starr’s rendition of the Shirelles tune “Boys.” Starr introduced “Yellow Submarine” by saying, “If you don’t know this song, then you’re the in the wrong venue.” The song turned into a lively sing-a-long. Page ballads “You Are Mine” and “Broken Wings” again failed to ignite the audience, but Lukather rocked hard on “Hold the Line” and Starr hammed it up for a cover of the Buck Owens tune “Act Naturally,” a tune he introduced as “a little country song.” The ensemble kicked into high gear for concert closers “With a Little Help from My Friends” and “Give Peace a Chance,” songs that again emphasized the concert’s theme of peace and love.