Coheed and Cambria Delivers Epic Set at House of Blues

Last night at House of Blues, prog rockers Coheed and Cambria assembled such an array of lights and sound equipment on the club’s relatively small stage, it looked like the group was ready to play an arena. One of life’s greatest pleasures is witnessing an arena rock act in a small club — it’s the equivalent of watching your favorite major league baseball team play a Spring Training game. Coheed didn’t disappoint; the two-hour show in front of a sold-out crowd had an epic quality as the band played 2003's In Keeping Secrets of Silent Earth: 3 in its entirety and then returned for three encores.

Slideshow Coheed and Cambria Performing at House of Blues 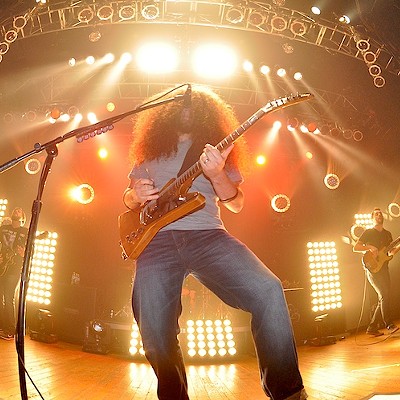 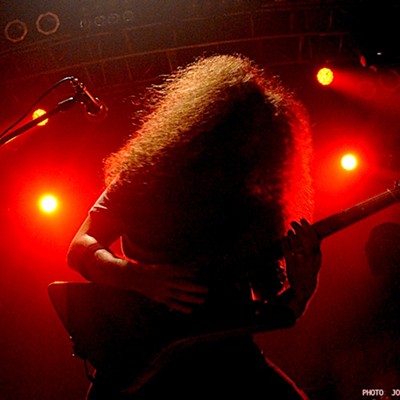 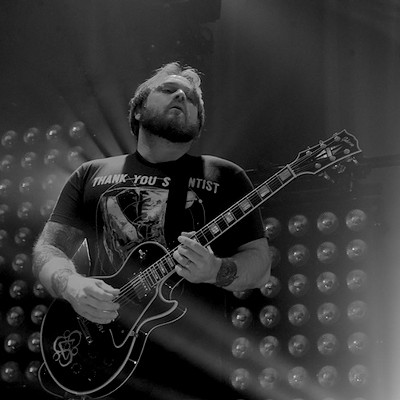 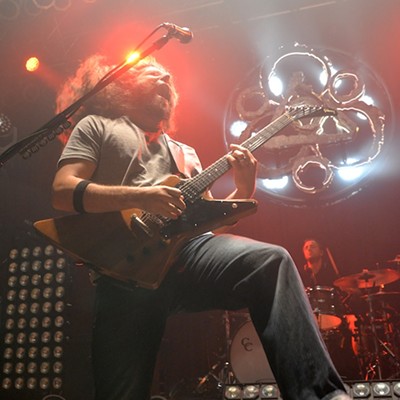 
The show started as Keeping Secrets starts — with the sound of a ringing telephone. The band even positioned a telephone at center stage and put a single, white spotlight on the thing as it rang. Patrons enthusiastically sang the lyrics of the title track in unison — in fact, audience members sang so loudly, they practically drowned out mop-topped singer-guitarist Claudio Sanchez. While the songs on Secrets are characterized by off-kilter time signature changes and high-pitched vocals, many of them were actually originally written on acoustic guitar and songs such as “The Crowing” sounded quite melodic as the band showed off its ability to deliver a heartfelt ballad. But more often, the group offered up shredding guitar solos and even broke into the occasional jam, delivering “The Camper Velourium: Al the Killer” with a great amount of gusto. Sanchez introduced the album’s bit hit, “A Favor House Atlantic,” by encouraging the audience to sing-a-long and telling fans, “We’ll feed off your energy.” The set closing “The Light & the Glass” was delivered in all its epic glory and came off a metal “Freebird” as the band stretched out and jammed at the song’s conclusion, allowing guitarist Travis Stever to unleash a few crisp solos.

The first of three encores began with “21:13,” a song that Sanchez introduced by saying, “Mr. Lightbox, will you give me the numbers?” as a cue to have the numbers "21" and "13" lit up on stage as the band launched into the song. Two members from the opening group Thank You Scientists provided horns on the funky “Number City,” a song that had audience members clapping along. And the last of three encores featured crowd-pleasing “Ten Speed (Of God’s Blood and Burial)” and “Welcome Home," capping off a truly epic performance.

Speaking of Coheed And Cambria, House Of Blue