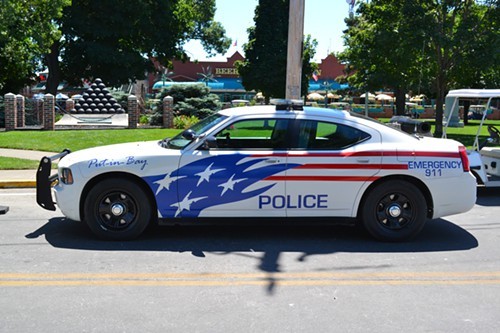 The chief of the generally awful Put-In-Bay police department is facing multiple criminal charges following an investigation by the state's attorney general office and has been placed on paid leave from the job.

The Sandusky Register put the charges succinctly in an article posted on Friday:

Put-in-Bay police chief Robert "Ric" Lampela impeded an investigation into a sexual assault involving police officers, brandished a weapon at a fellow employee and lied to investigators, according to the Ohio Attorney General.

Lampela faces one count of aggravated menacing, two counts of falsification and one count of dereliction of duty.

According to a press release from the AG, the charges stem from incidents dating back to 2003:

The aggravated menacing charge relates to a 2012 incident in which Lampela allegedly threatened an employee with a firearm. The dereliction of duty charge relates Lampela’s alleged refusal in 2003 to allow police reports to be filed or an investigation to commence after two employees reported another employee allegedly sexually assaulted them. The dereliction of duty charge also alleges that Lampela’s decision to ignore the alleged assaults was made in order to prevent negative publicity for the Put-In-Bay Police Department. The falsification charges relate to Lampela allegedly making false statements to an Ottawa County Sheriff’s Office investigator regarding both the 2003 and 2012 incidents.

For more information on the extensive problems of the Put-In-Bay Police Department, check out the Sandusky Register's stories on them. And make sure to read Scene's story on Put-In-Bay from this summer: Roofie Island: A Summer of Reported Druggings and Rapes on Put-in-Bay, Lake Erie's Party Destination