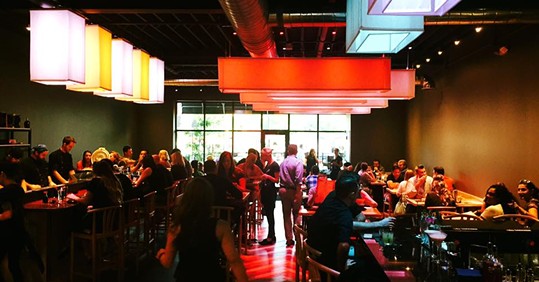 There’s no lack of diversity in the Cleveland food scene, but the restaurants that have cropped up this summer prove that when dining in Cleveland, folks can expect, well, pretty much anything. From Asian-soul food fusion and Mumbai street food, to gamer-themed lunch spots and scenic oyster bars, here's a recap of Cleveland's new eateries that are now open and ready to help you pack back on those winter pounds.


Restaurateur Steve Schimoler is adding to the new life springing up in the Flats East Bank with his two new restaurants, Crop Rocks and Crop Sticks. Crop Rocks is — you guessed it — a casual rock-and-roll themed eatery. Crop Sticks is his take on an Asian-influenced restaurant. Find them neighboring each other at 1075 Old River Rd. and 1059 Old River Rd.

A staple for Clevelanders who love Korean cuisine, Seoul Hot Pot has opened its doors after a long hiatus and an illness of an owner. This nearly 30-year-old restaurant has updated its decor but still has its old charms, including grill-top tables. Find it at 3709 Payne Ave.

Crust Pizza Shop has been a favorite local spot in Tremont for a few years, but fans now have the opportunity to dine at its new Midtown location. Crust is known for its affordably priced, hand-tossed pizzas, fresh-baked subs, hearty entrees and a slew of decadent desserts. Its new location also boasts a lot more seating than its Tremont counterpart. Stop in at 3000 St. Clair Ave.

The long awaited Roxu Asian Fusion opening has finally come. This restaurant does not take its "Asian fusion" title lightly; customers can expect the basics as well as unique spins on Asian cuisine. In Chef Dippong’s hands, comfort foods like chicken and waffles or barbecue ribs and slaw get an Asian spin. Check it out at 15607 Madison Ave.

Japanese fast food? Well, not exactly, but Kenko offers quality Japanese cuisine at a faster speed and lower price. This new restaurant in University Circle offers a fast-casual spin on the Shinto Sushi and hibachi experience. A limited tea, beer, and sake menu is also available. Pop in at 11312 Euclid Ave.

Voodoo Tuna Sushi Bar & Lounge takes a stab at Asian fusion in Lakewood. A look at the appetizer menu is sure to pique the curious-diner's appetite: lobster nachos, Thai curry and sweet chili steamed mussels, and steamed bums filled with barbecue eel and slaw. A wide selection of appetizers and speciality drinks like the Tokyo Mule would make for a fun night out. Stop by at 15326 Detroit Ave.

Devoted to a type of South Indian street food, Bombay Chaat offers an array of Indian dishes that are otherwise sparing on the Cleveland food scene. Roughly 75 different items grace the menu, and most of it is finger food. Bombay Chaat is across from Cleveland State, near Playhouse Square. Stop in at 2044 Euclid Ave.

For folks craving a relaxed evening of games and drinks, head to Tabletop Cafe in Ohio City. Here, you'll find more than 1,000 unique game titles — everything from Cards Against Humanity to 7 Wonders — plus beer, wine, and  a few simple, healthy sandwiches. Check it out at 1810 W. 25th St.

Fifth Street Arcade has welcomed Jack Flaps Luncheonette to its array of restaurants and shops. With various items devoted to breakfast, "luncheon," and vegan and vegetarian fare, this eatery will please everyone on your list. Lunch welcomes heartier meals like Ruebens and chicken-fried meatloaf. Visit the new spot inside 530 Euclid Ave.