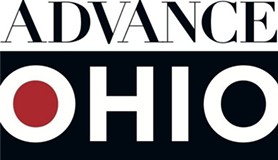 Executives at the “digital marketing and advertising company” formerly known as the Northeast Ohio Media Group announced Tuesday that the entity will henceforth be known as “Advance Ohio.”

The name change, Advance Ohio President Tim Knight said, reflects the “growth” (sic) of the company, along with what he thinks ought to be its entrepreneurial spirit.

"Advance Ohio really reflects what we know the company can be, which is a digitally focused media company that really serves all of Ohio," Knight said. "It's a terrific opportunity for us to think about telling advertisers more about what products and services we really have."

Lest you're worried that Advance Ohio (and by extension, cleveland.com) will soon be inundated with content from Dayton and Marietta and other markets statewide, fear not.  At least according to Knight, “Cleveland.com and The Plain Dealer will remain the same.”

In fact, the only change beyond the name itself evident in the announcement seems to be a renewed commitment to selling ads (or “serving customers”) outside the region. Knight said this would be possible by using digital first-party data compiled from other Advance Local markets — access to more than 80 million devices! But that’s a bit of a head-scratcher, given that none of the other Advance Local sites are Ohio-based.

A new website for the company discloses only a remote suggestion that it has anything to do with journalism.

"Advance Ohio drives the success of innovative businesses with cutting-edge marketing solutions, uniquely crafted for every client using first-party data from our news and information websites to ensure the right message reaches the right audience at the right time and place," it says.

"Our mission: to support and advance our clients' success." And then, imposed over the image of what may or may not be a rural Ohio sunset: "We are boundless."

Advance Ohio’s Marketing Director Virginia Goulding, who identifies herself on her voicemail as NEOMG's Director of Digital Sales, was unavailable when Scene tried her by phone. She chimed in on the cleveland.com report to say that one of the company’s chief struggles has been communicating what it is they actually do. (Amen!) But beyond “helping [advertisers] with their marketing strategies,” that question remains unanswered.

Knight repeated (again, to Cleveland.com crime reporter Ryllie Danylko) that Advance Ohio is a digital company — digital! digital! — and that, in order to succeed, it must assume the poses and attitudes of other successful digital companies. It must be “nimble,” for instance. It must also have cool, collaborative office space.

But it’s all so Orwellian and confusing, the way these executives talk. Knight champions the company’s growth, even though ever since his arrival in October he’s done little but lay people off, including a handful of suburban reporters and Sun News contributors earlier this month.

(The Sun News is now looking for "experienced freelancers" to fill the void in the suburbs).

Knight was occupied in meetings all morning and had a lunch scheduled offsite, his secretary told us, and was unavailable for comment.

Knight arrived from the Chicago Sun-Times, where he was vilified for, among other things, canning the entirety of the newspaper’s photography department. He deployed a digital strategy there almost identical in rhetoric and vision to Advance Ohio's.

Its aim was to aggregate content from other sites in the Sun-Times network and use USA Today for national stories. The site was ridiculed as a "far-flung hodgepodge of click bait and news" by the Chicago Tribune.

"The Chicago Sun-Times landed on newsstands and driveways this week with a new logo, newly imported national news from USA Today and the promise of more local coverage from its recently downsized Chicago staff," led a story from the Tribune in May. "Long term, that promise may not be worth the paper it was printed on."