The 2016 Blossom Music Festival is a Potpourri of Treats 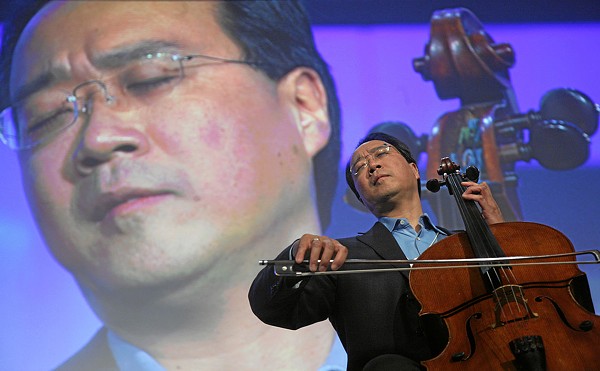 What do the “1812 Overture,” “An American In Paris,” Pinchas Zukerman, and viewing of the Raiders Of The Lost Ark have in common? They are all part of the 2016 Blossom Music Festival.

Yes, there is something for everyone, no matter your musical tastes, in the July 4 through September 4, 2016 season at the beautiful Blossom Music Center. Sit in the pavilion or lounge on the lawn, but wherever you plant your behind, take advantage of northern Ohio music under the stars.

In an interview with Ilya Gidalevich, the Cleveland Orchestra’s assistant artistic administrator, who was hired in January to aid Franz Welser-Möst in the conception and execution of programs at Severance Hall and Blossom Music Center, he revealed that the organization followed the “same programming philosophy of earlier seasons centering on the knowledge that audiences at Blossom were of different age groups and backgrounds than at Severance.” Therefore, “effort was made to bring in new names as well as those with whom the orchestra has a relationship that would appeal to the Blossom audience demographics.”

The selection of programs are a collaborative process where the history and reputations of the guest artists, the orchestra’s background, the conductors, various selections, and the musicians are considered. The objective is to “find what will cast the best possible light and make for success.”

Gidalevich indicated that, “all of the artists are at the top of their field.” He added, “if you think Broadway, you think Michael Feinstein,” who had a strong performance last year at Blossom. This year, he will be appearing with the orchestra itself — “Michael Feinstein’s Broadway,” Sunday, July 31 at 7 p.m.

Celebrated and award-winning cellist Yo-Yo Ma “brings together musicians from all over the world with the thread of the Silk Road.” (“Silk Road Ensemble with Yo-Yo Ma ,” Saturday, August 13 @ 8 p.m.)

Randy Jackson, best known as the front man for the band Zebra, will sing selections from the Led Zeppelin repertoire accompanied by the Blossom Festival Orchestra. (“The Music of Led Zeppelin: A Rock Symphony,” Saturday,
August 20 @ 8 p.m.)

For a complete schedule, times and dates, go to clevelandorchestra.com.

Tickets: Individual pavilion and lawn tickets, starting at $24, are now on sale by telephone (216-231-1111), in person at the Severance Hall ticket office or online at clevelandorchestra.com.

“Under 18s Free” offers free tickets to those 17 and under. Over 90,000 youth have attended Blossom concerts under the support of the Maltz family Foundation.

See you under the stars at Blossom! Come early, bring a picnic, enjoy the beauty of the grounds.