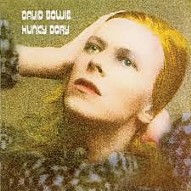 A series of orchestra concerts featuring music by rock icon David Bowie and the composers who inspired him, What’s on David Bowie’s Playlist, which takes place at various venues in town from March 15 to March 19, features an extensive program of music that both inspired Bowie and was written by Bowie.

For the concerts, CityMusic Cleveland Chamber Orchestra will work from a “playlist” that includes the following: Bowie XL, an instrumental suite of seven David Bowie songs, with narration by Ravenna Miceli (of oWOW internet radio) about Bowie’s life and career; five Bowie songs played by the orchestra and sung by Richard Kline, singer for the Bowie tribute band Diamond Dogs; and works by John Adams, Richard Strauss and Philip Glass, all of whom inspired the Thin White Duke.

No tickets are required; admission is free.