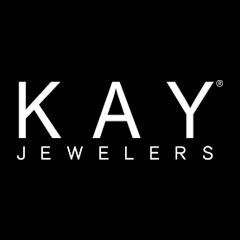 Good old Signet Jewelers, parent company of the Fairlawn-based Sterling Jewelers, has been hit with a lawsuit.

This one's a securities fraud class action lawsuit. As reported by Reuters, it accuses the company of failing to disclose "facts regarding sexual harassment allegations against executives at its Sterling Jewelers unit."

The Sterling Jewelers unit, which includes Kay, Jared and J.B. Robinson, among others, was the subject of a Washington Post bombshell story last month. It reported that hundreds of former employees had sued the jewelry company for fostering a culture of "rampant sexual harassment and discrimination."

It also named Mark Light, current CEO of Signet, as one of the former Sterling executives who'd had sex with female employees and promoted women "based upon how they responded to sexual demands."

The current lawsuit is related. It was filed in Dallas federal court Tuesday by Irving Firemen's Relief & Retirement Fund. It claimed that the fund suffered economic loss as a result of violations of the securities laws by Signet.

"The lawsuit accused the company of disseminating false or misleading statements to the public about the true nature and severity of the allegations made by former employees," Reuters reported.