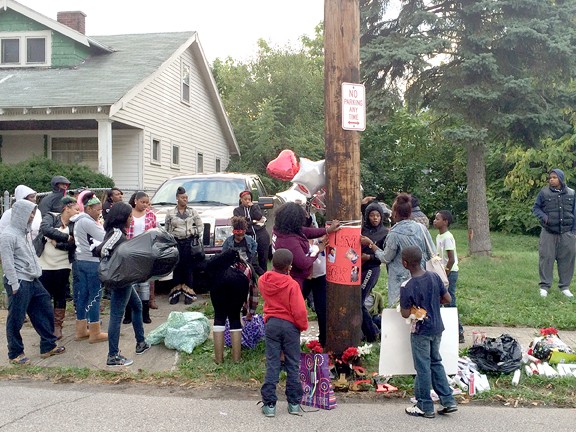 As the second anniversary of Deck Mangham's murder looms, a party was held this weekend at the memorial site erected on East 113th Street. In the early hours of Sunday, as the party continued, a car drove by and someone shot four bullets into the crowd. A 32-year-old Strongsville man was wounded and taken to the hospital.

Cleveland.com reported on the shooting, which stirs up old wounds for a neighborhood inflicted with territorial gang violence and botched shootings. The bullet that killed 3-year-old Major Howard in 2015 was meant for Mangham, as court testimony has laid bare. Mangham was shot and killed in downtown Cleveland shortly after.

Scene chronicled that summer of violence in a feature on the development of eastside gangs and the proliferation of roadside memorials to murder victims.

Police haven't identified any suspects in the Sunday shooting, though the gang divisions remain stark in that neighborhood. (Mangham was affiliated with a nearby gang, the Benham Boyz.)