The Wall Live Extravaganza: A Floydian Spectacle Promises to Be 'A Tribute on Steroids' 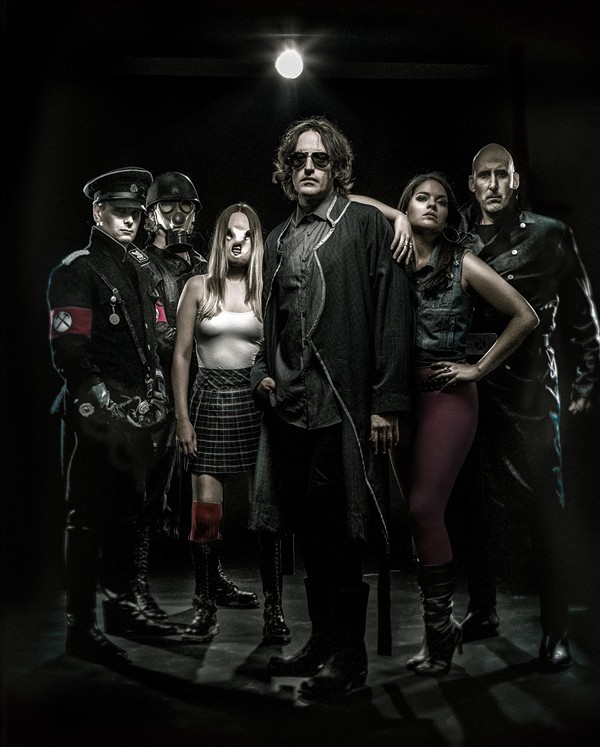 French-Canadian singer-songwriter Richard Petit had recorded a few hit songs in his native Canada over the past 20 years. But when the music industry took a dump in 2008 just as he released his third album, he decided to reinvent himself.

A huge Pink Floyd fan, he wanted to pay tribute to the band. Dubbed The Wall Live Extravaganza: A Floydian Spectacle, the show does that and then some as it takes a theatrical approach and includes elements from both the album and the movie.

The group performs on Saturday, Sept. 2, at Hard Rock Live.

Petit's brother first introduced him to Pink Floyd. He brought home “Another Brick in the Wall,” a single from the 1979 album The Wall, and Petit says he was hooked.

“I connected and related to the song, and on the B-side was ‘One of My Turns,’ which is about how [the character] Pink goes crazy and trashes everything,” he says via phone from his Montreal home. “It was totally new. At 7 years old, I knew what I was listening to was something special.”

A few years later, that same brother would introduce him to Pink Floyd — The Wall, the trippy movie based on the Floyd album by the same name.

After seeing a Roger Waters’ performance in Montreal, he realized he could put together a stage show that would be "The Wall from A to Z.”

Also a stage director and TV director, he staged The Wall Live Extravaganza: A Floydian Spectacle in 2011 with French-Canadian celebrities making cameos throughout the show.

“People went berserk,” he says. “We did it in that form for two or three years and got deeper and deeper into the study of The Wall.”

During that time, Pink Floyd founder Roger Waters toured and played The Wall in its entirety.

Petit didn’t like aspects of the show he saw in Montreal.

“No offense to Roger Waters, but it took a turn that I wouldn’t have taken if I were artistic director,” he says. “It was an amazing show and the ‘wall’ was crazy big, but it abandoned the original story in favor of politics and left behind what the movie and the album was about. I wanted to complete the blank spots and unanswered questions from the album. I didn’t want it to be a musical but more what a rock opera should be.”

He created a two-level stage with projections, so that he could duplicate visuals from the film. He added two singers, who were also actors.

"Our band isn’t trying to be Pink Floyd," he says. "Pink Floyd and The Wall are the masterpieces of our era. Hundreds of years from now, we will still talk about it. We incorporated songs from the movie and music they used when they toured The Wall, and we use that music as bridges. We also included songs from [the Pink Floyd album] The Final Cut. I extended The Wall’s universe.”

The show begins with images from World War II, and Petit says it’s like seeing the movie in 3-D.

“It’s just like you’re going to a play, but it’s not a play,” he says. “The subjects in The Wall are ones that everyone can relate to. It’s about the fear of losing your mind and the search for love. They are subjects that everyone mostly in their teen years can relate to, whether it’s 1987 or 2010. Those subjects connect straight to their reality.”

He says that’s what makes the album so timeless.

“The album has about seven of Pink Floyd’s best songs of all time," he says. "I also wanted to create something immortal. I see The Wall Live Extravaganza: A Floydian Spectacle as part of a trilogy with the album and the movie, and it needed a counterpart that features the art of the concept album. The show is more than a tribute. It’s like a tribute on steroids. It’s a bigger-than-life cover band and a complete dive into the art of what The Wall is in every aspect. It’s The Wall and beyond.”