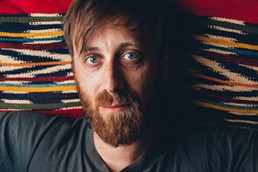 The extensive North American tour will kick off on Feb. 10 in Vancouver. The jaunt includes a March 31 date at the Agora.

Original Post: Shortly after he moved from Akron to Nashville a few years back, Black Keys singer-guitarist Dan Auerbach started recording the Black Keys and other acts at his Easy Eye Sound studio. With the release of his latest solo album, Waiting on a Song, he also launched his own imprint, also dubbed Easy Eye.

Now, Auerbach has announced that he’ll release a 7-inch sampler, Good Sound Comes Back Around Vol. 1, on Record Store Day, which takes place on Friday, Nov. 24. The release will provide a preview of upcoming releases on Auerbach’s label and features “Cellophane Angel,” an exclusive and unreleased track that Auerbach recorded with the Preservation Hall Band. It also features Robert Finley's "Medicine Woman,” the first single from the blues singer-guitarist's forthcoming album, Goin’ Platinum!, and Sonny Smith's "Pictures of You."

Smith plans to release a full-length album on Auerbach’s label as well.

“Sometimes I feel I created my own Field of Dreams,” says Auerbach in a press release announcing Good Sound Comes Back Around Vol. 1. “I built the studio because I knew something was going to happen. I built it to accommodate live musicians playing, and then all of a sudden the best musicians in Nashville show up, and it’s happening.”

Auerbach, along with Finley, will appear on A Prairie Home Companion with host Chris Thile on Oct. 28. Auerbach will open for veteran singer-songwriter John Prine, with whom he wrote Waiting On A Song's title track, in November in Washington D.C. and Richmond.