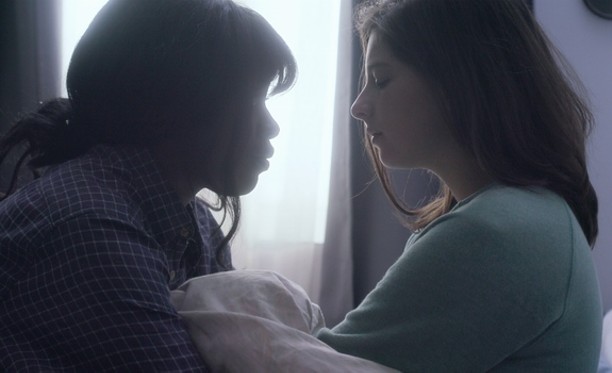 Taylor Hess, a graduate of Orange High School, starred and produced the short film The Morning After which will make its festival debut at the Cleveland International Film Festival Thursday, April 12th. The film is a part of the shorts program titled 10% Shorts Program Two at 7:45 p.m. The 10% Shorts Program features short films that revolve around LGBTQ themes.

Hess, who lives in New York, and graduated from Columbia University's Graduate School of Journalism in May of 2017. She currently works as  an associate producer at Part2 Pictures for a CNN Films documentary series. She previously worked for Alex Gibney's Jigsaw Productions on a documentary series for ESPN Films, and her episode was selected to premiere at the Tribeca Film Festival in New York, which is later this month.

The film deals with a woman played by Hess and her black girlfriend meeting Hess's charcters' conservative father for brunch the day after the 2016 election. The father is in town for work and while the name Trump is never mentioned in the film, his presence and his stunning presidential win hangs over the entire film.

Hess was recently selected for the 2018 Tribeca Film Institute/ESPN Short Documentary Program as the 2018 grant recipient to direct and produce a short documentary film. And she's producing a narrative feature length film by writer/director Jeremy Hersh.

Taylor is ecstatic about debuting the film in her hometown, she told Scene, "I can't wait to debut in Cleveland because it feels like I have the chance to reconnect with my Cleveland roots! I haven't spent much time in Cleveland since I left when I was 18, so being invited to participate in one of the city's largest cultural events feels like being invited home, or welcomed back home, in a way. I'm 27, so my history in Cleveland takes up the majority of my life! So, my experiences in Cleveland have played such a big role in who I am today."

Lauren Minnerath directs the film that also stars Adenike Thomas and Noel Wilson. The run time is 14 minutes. You can purchase tickets here.