With a New Album on the Horizon, the Chuck Auerbach Band to Perform at the Beachland Next Week 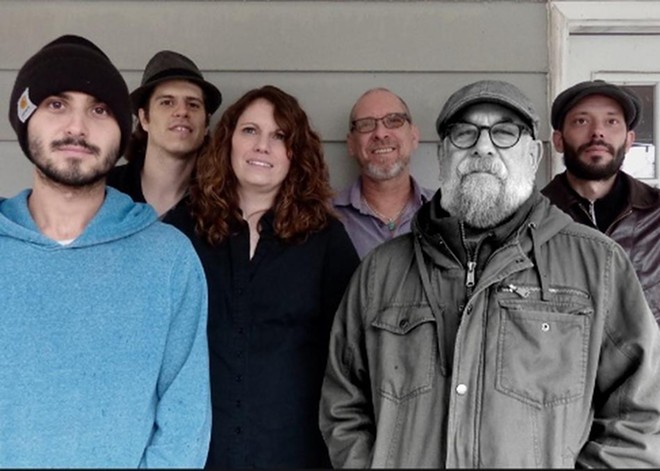 Chuck Auerbach was always a bit of a “rocker dad” to his singer-guitarist son, Dan Auerbach, encouraging him to write original music and devote his life to music. The emotional investment paid off. A former Akronite, Dan Auerbach has gone on to win numerous awards as a producer and solo artist and as a member of the Black Keys.

Two years ago, Chuck Auerbach, who lives in Akron, decided to launch his own musical career and played his first show. He also recently performed at the South by Southwest music festival where he played his original tunes with a little help from a five-piece band.

Auerbach brings that band, which includes Russ Flannigan on keyboards, Kevin Martinez on upright and electric bass, Danny Tommy Jenkins on percussion, Cathy Grady on violin, viola, guitar and vocals, and Michael Grady on guitar, harmonica and vocals, to the Beachland Tavern on Friday, May 4. The group will release its debut, which Dan Auerbach produced, later this year on Father's Day.