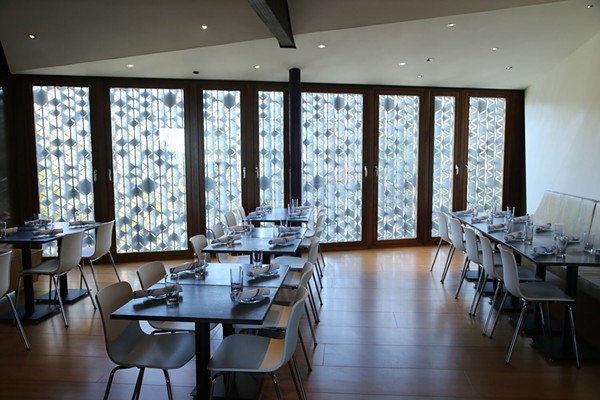 Cleveland diners watched for three long years as management methodically transformed the old City Grill at W. 65th and Detroit into Arcadian, a contemporary showpiece designed by local architect Robert Maschke. But after just four months in business, in a move that shocked even the staff, the restaurant abruptly locked its doors and ceased operating.

That took place a year and a half ago, and since that time many potential operators have kicked the proverbial tires on the one-of-a-kind Detroit Shoreway property. Finally, a new owner has claimed the building and a new tenant has been named.

For 15 years, Rafael Ayala has operated Tres Potrillos in the Akron area. He later added locations in Medina and Beachwood, which opened a few years back in the former Charley's Crab space on Chagrin. But Ayala is quick to point out that Blue Habanero Street Tacos and Tequila will not be a simple reproduction of those popular Mexican eateries.

“This will not be your typical Mexican restaurant that you find everywhere,” he explains. “This is a totally new concept that we have been working on with our chef.”

While he was hesitant to describe the menu in detail as it’s still very much a work in progress, Ayala did say that the food would taste fresh, modern and different. He stated a desire to move away from staples like enchiladas, burritos and fajitas, which he described as “good but a little bit of the past.”

The tacos would feature high-quality fillings and utilize freshly made corn tortillas. Margaritas would be assembled using fresh fruit, real juice, no mixes and top shelf booze. Prices would be slightly higher than traditional Mexican restaurants but not by much.

As for the glitzy turnkey space, Ayala says he will lighten it up with contemporary Mexican art and artifacts, avoiding the sort of clichéd decorations found elsewhere.

The new tenant estimates that he’ll be open and serving tacos and tequila by early August, following the transfer of the liquor license.

“I think Gordon Square is going to love us,” says Ayala. “We’re hardworking people who love the service industry. And we already have a great team put together.”