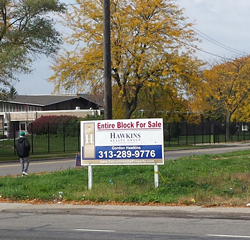 If you haven’t read it yet, please check out Pete Saunders’ excellent new piece For Some, The Price is Too Damn Low over at Forbes.

Influential media outlets are chock-full of important, interesting, and shocking tales of skyrocketing real estate prices in Silicon Valley. But outside of the cities where the most influential journalists, pundits, and urbanists live, there are dozens of cities of all sizes where the major housing problem in hundreds of neighborhoods is that the price is too low, rather than too high.

Brookings recently released a report that examined housing prices in the nation’s major metropolitan areas. The report found that overall, housing is affordable in the typical U.S. neighborhood, but that it can either be too expensive, too cheap, or just right, depending on the specific place in which you live.

Nationwide, prices are right where they should be (around three times annual household income). The highest price-to-income ratios, unsurprisingly, can be found in California, the Pacific Northwest, and the Northeastern megalopolis extending from Washington, D.C. to Boston. The lowest price-to-income ratios are found in the lower Great Lakes region extending from central Illinois to central New York state.

Greater Cleveland is a good example of this. In the city of Cleveland, the median household income is $27,551, 35% of the population lives in poverty, and the median value of an owner-occupied house is $66,800.

In Hudson, an extremely affluent suburban community located between Cleveland and Akron, the median household income is $126,618, 3.2% of the population lives in poverty, and the median value of an owner-occupied house is $313,300.

In North Olmsted, a typical middle-class suburb on Cleveland’s far west side, the median household income is $61,444, 7.2% of the population lives in poverty, and the median value of an owner-occupied house is $146,900.

Regions like Greater Cleveland are typical of much of the Rust Belt. Overall, prices are “where they should be,” but this average market condition masks important disparities between the urban core and outlying suburban areas.

The median household income in the Cleveland metropolitan area is $52,131. The median sales price of houses in many Cleveland neighborhoods is lower than this. This is extremely unhealthy. At price points like this, lower-income homeowners are trapped in their neighborhoods, with negative equity, and unable to sell.

The problem of high housing prices produces a well-understood negative outcome – an incredibly high barrier of entry to the homeownership market, effectively bringing the market to a standstill. Low prices, however, can produce the same outcome. An inability to build wealth through the housing market, the chief creator of household wealth in America over the last 75 years, serves as a strong disincentive for potential homebuyers, and locks those in place who would otherwise look to sell.


When home values drop into the $40,000 range, many rental property owners decide to stop maintaining the houses, milk them for another a few years rent, until the point at which they are no longer rentable, and then simply walk away. The neglected, vacant, and abandoned houses that are left behind are a poison pill that continues to erode property values and destroy wealth in vulnerable neighborhoods.

Millions of working-class homeowners in cities like Chicago, Detroit, Cleveland, Akron, and Youngstown struggle with vacant and abandoned properties, the continued aftermath of the foreclosure crisis, negative equity, and a continuing and chronic loss of household wealth. The problem is further magnified in black neighborhoods, where segregation and racial discrimination provide an additional impediment to wealth accumulation, even for middle-class residents. You can read another fine piece by Pete, A Personal Segregation Story, which addresses this topic in detail.

In 2005, Detroit had more than 68,000 middle-class black households. By 2015, the number had dropped to 35,500, as tens of thousands of black families (grudgingly, in many cases), decamped for safer, more attractive neighborhoods in the suburbs, no longer willing or able to stay in the neighborhoods that they called home for decades.

Pete also identifies some strategies that can be pursued by city governments, and other community partners, to strengthen neighborhoods with low property values:

He makes excellent points about the need for new, marketable housing in neighborhoods full of homes that are no longer appealing to today’s buyers. Either of us could take you on tours of portions of Detroit or Akron where we could walk for dozens of blocks in neighborhoods “full of 1,100 square foot, three bedroom, one bath Cape Cod home(s) built in 1952.”

Saunders also mentions Akron’s new citywide, 15-year, 100% residential property tax abatement program, which has completely flipped the script on the perception and reality of the urban housing market in our city. In 2015, over 500 houses in Akron were demolished, while less than 10 were built. Today, there are nearly 1,000 units of new housing in some stage of the development process.

Please read the entire piece by Pete Saunders. And check out his excellent blog, The Corner Side Yard.