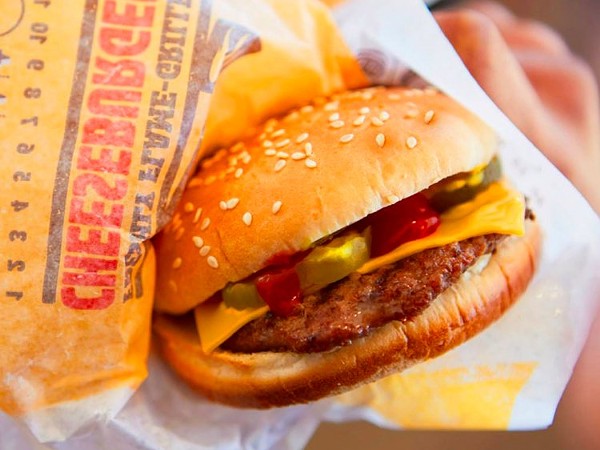 Last night a driver was enjoying an evening snack of Burger King drive-thru when he began choking on his meal. From what he relayed to Cleveland Police, the man panicked, lost control of his vehicle and completely obliterated the RTA bus stop on the 5600 block of Broadway Avenue.

Fortunately, there were no injuries to the driver or anyone around the bus stop he hit when his vehicle hopped the curb. The driver managed to dislodge the food causing the choking fit, but it's safe to assume that the Burger King responsible for the crash was lost as a casualty, leaving behind nothing but scattered french fries and a trail of broken glass from the bus stop's shattered enclosure.

According to the police report, the man totally blames the accident on the King.