With a New Album Coming Out Next Month, Mourning [A] BLKstar Releases a New Music Video 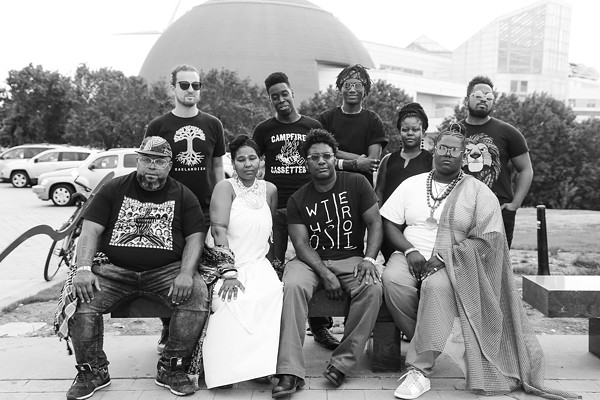 About three years, local poet and activist R.A. Washington brought together the hip-hop/funk/indie rock act Mourning [A] BLKstar. The band put out BLK Musak on Blue Moon Records in 2016 and then followed it up with 2017’s The Possible.

Last year, the prolific band returned with The Garner Poems, a batch of songs from a suite Washington had written about police brutality and the Voting Rights Act of 1965.

On April 6, the band will release Reckoning, an album based on a series of song sketches that Washington wrote last summer. In advance of the album's release, the band has just issued a new music video for the dissonant track "Feels."

The album can be preordered here.

Jump to comments (0)
Tweet
Email
Print
Share
« Another Snow Day, Another Cleveland…  |  Kurt Cobain Would Have Turned 52 To… »