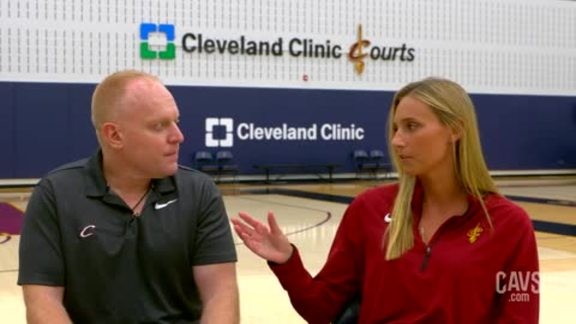 “It is with an incredibly heavy heart that I begin this season of Cavaliers basketball,” Michael said in a Cavaliers press release. “I am honored and humbled that the Cavs organization and FOX Sports Ohio have looked to me to carry on for a special part of our family who left us way too soon. Every ounce of preparation, hard work and creativity that is poured into each television broadcast this season will be dedicated to the very high standard that Fred McLeod set."

Filling Michael's play-by-play seat in the radio booth will be veteran sports announcer Tim Alcorn, who has most recently been the sports director and station manager at AM930in Lorain/Elyria. Alcorn is a Kent State University alum. He'll call games alongside color commentator Jim Chones.