Hopkins Airport Traffic Was Down 96% in April, Compared to 2019 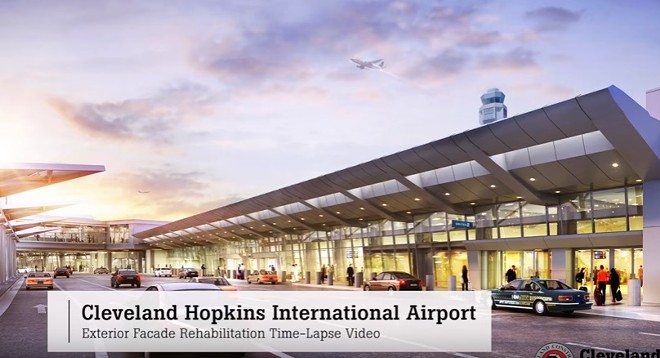 Recent numbers provided by the City of Cleveland show a staggering decline in passenger traffic at Cleveland Hopkins International Airport. Dramatic dropoffs were expected due to the coronavirus pandemic, but the recently released April numbers show a 96 percent year over year decline.

Only 30,140 passengers flew in or out of Hopkins in April of this year. That's not only down from 2019 but the previous month, as the coronavirus was asserting itself as a global pandemic and shelter-in-place orders were declared across the country. More than 430,292 passengers still came through the airport in March. In February, more than 700,000 passengers traveled through Hopkins.

It was not only passenger behavior that accounted for the dive. Airline offerings were radically scaled back as well. Frontier, for example, eliminated all its routes from Hopkins except to Orlando at the beginning of April.

Like other airports, Hopkins will have federal help weathering this storm. It looks like the Cleveland airport should get upwards of $46 million as part of the stimulus package.