"All the World's a Stage Fright," a Novella Set in Cleveland's Theater Community, Lifts the Spirits 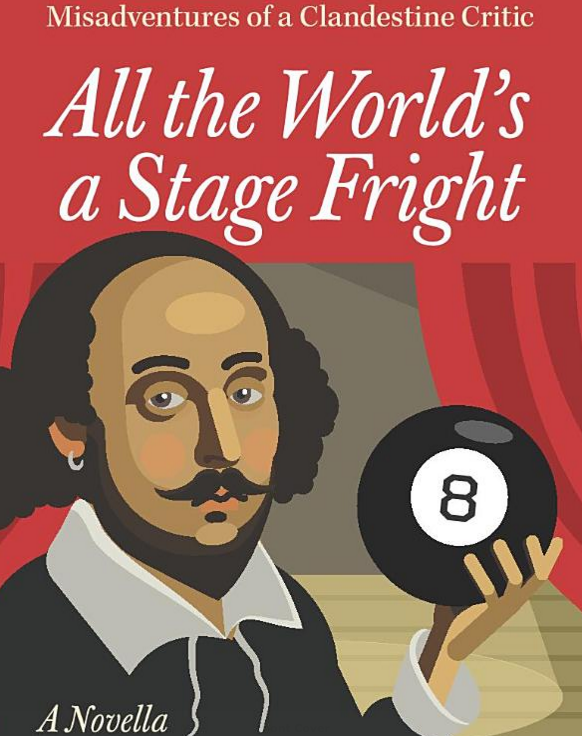 In the new novella, "All the World's a Stage Fright, Misadventures of a Clandestine Critic," local theater critic Bob Abelman explores the glories and challenges of Shakespeare, the daunting task of performing the Bard's works, and the flubs and foibles of the narrator (a not-so-hidden avatar of the author himself). In the process, Abelman manages to share a number of interesting factoids about theater in general and Cleveland theater in particular.

The conceit of the brief work, which is also described as a "fictionalized memoir," is that critic Asher Kaufman proposes to act in a play with a professional theater company in town, and write about the experience in his column for the Cleveland Jewish Chronicle. This idea mimics reality, in that Abelman has acted on various stages, at various times during his tenure as a critic for the Cleveland Jewish News.

The slim book offers a fast and enjoyable ride, as Abelman/Kaufman has a flair for witty self-deprecation along with a deep and abiding love of Shakespeare's glorious language. After he talks a theater into casting him in a small role in the production of As You Like It, and allowing him to share his experience with his readers, he finds himself almost paralyzed by a variety of fears — of other critics' reviews, of his fellow actors and of the stage itself.

If you miss theater in Cleveland (sigh) and you long for seeing talented people intone the immortal words of Shakespeare, this book is sure to lift your spirits.

"All the World's a Stage Fright, Misadventures of a Clandestine Critic"
by Bob Abelman
126 pgs.
Gray & Company