The Satellite Era To Play Release Party at Beachland on Oct. 1 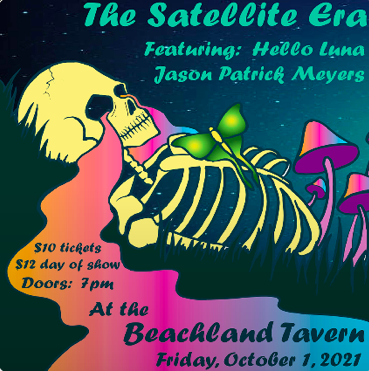 A 2019 car accident resulting in seven herniated and bulging discs in the neck and back plus a year and a half of physical therapy inspired “My Broken Body,” the new single from local indie rockers the Satellite Era. Uber producer Jim Wirt (Incubus, Andrew McMahon, Fiona Apple) mixed the tune, which just came out today.

The Satellite Era plays a release party with Hello Luna and Jason Patrick Meyers at 7 p.m. on Friday, Oct. 1, at the Beachland Tavern.

“The band was looking for a new approach and experience; [singer] Patrick [DiCaprio] and I had working with Jim Wirt as a band goal and finally were able to cross that off the bucket list,” says bassist Jared Gold in a press release about the new tune.

The band recorded “My Broken Body” over two sessions, and the song features a strong emphasis on background vocal production. The introspective lyrics reflect "navigating a chaotic world and finding hope in times of pain and darkness."

“When the physical act of creating music started to cause pain, I discovered a newfound gratitude and respect for the moments when I felt physically able enough to play,” says DiCaprio.

The Satellite Era released its seven-song debut EP, So it Goes, last year.