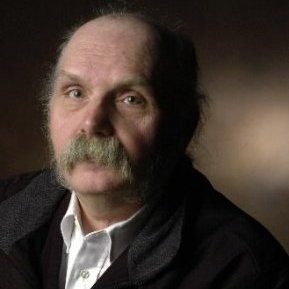 In his history of Scene published back in 2005 to mark the paper’s 35th anniversary, then-editor Erich Burnett wrote about how the paper ruffled some feathers when it shifted from a music magazine to an alt-weekly.

“In spite of the surge of goodwill, the transition from music magazine to newspaper came with its share of hardships among a staff that had been newly divided,” Burnett wrote. “Bitterness festered in the days and years afterward. Several key players from Scene's early years chose not to speak for this story; others spoke mostly in expletives.”

We’re willing to bet that one of those “key players,” a local writer who published under the pseudonym Peanuts, would’ve sent an avalanche of expletives to Burnett.

A writer at Scene in the ’70s and a columnist at Sun Newspapers in the early 2000s, Peanuts regularly sent us emails blasting the paper’s content (and we honestly loved him for it!).

Just last week, after Scene compiled a list of some of the 50 best Cleveland concerts in honor of the paper’s 50th anniversary, he delivered a succinct critique as only Peanuts could.

“No Leo's Casino?” he wrote in an email to this reporter, mentioning an iconic Cleveland music venue. “No LaCave? No Music Carnival? No Southside Johnny? No James Brown? The joke part: Beyonce and Jay-Z and Chance the Rapper. Opening paragraph [reads], ‘Founded 50+ years ago as a music magazine.' [You] forgot to add ‘turned to shit by [former owner] Rich Kabat selling it to [former publisher] New Times.’”

Peanuts was known to hold grudges, and he pulled no punches. And yet, he loved the local music scene and regularly attended local blues jams and performances by local acts. For decades, he hosted an all-star Thanksgiving eve jam (at a few different venues in town).

Once word spread about his death, the local music community reacted.

“Peanuts, his name synonymous with Cleveland rock and roll, has been called to Heaven to organize future All Star Jams in the sky,” wrote former WMMS program director John Gorman on his Facebook page. “He had the knack for getting the parties started and jams jamming. His dry humor, wit, and love for rock and roll will be missed by all. Cherish the memories.”

“Always a gentleman and always helpful and supportive,” Shea said in a post about Peanuts. “He was the Cleveland music community’s glue for decades. He also knew all the dirt and was invaluable for reporters! A loving man and a Northeast Ohio legend.”

Damnation of Adam Blessing’s Jim Quinn referred to Peanuts as “a great ambassador of the city and its musicians” in his Facebook post.

In another recent email we received just last week, Peanuts let us know what he thought of Scene’s Best Of issue. As usual, he didn’t hold anything back.

“Best of issue has some odd shit,” he wrote. “A lot of the choices are just begging to have the place advertise or get somebody down there a blow job.”

Even if he didn’t hold Scene in high regard, we’ll definitely miss receiving his emails and seeing him around town at local music venues.

This reporter considered him a friend, and our thoughts go out to his family. It's fair to say that Cleveland's music scene just won't be the same without him.