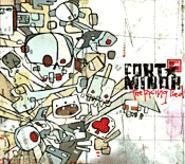 Linkin Park's Mike Shinoda clearly loves hip-hop. His group's use of underground MCs instead of stars on its Reanimation remix project proved that it was more interested in genuinely integrating genres than in the potential for commercial crossover. But acute appreciation of a form makes one an aesthete, not an artist. Shinoda's Linkin Park work ranks him just above 311's Doug "S.A. Martinez," another rock-band rhythmic-talker with serviceable rhymes, but absolutely no flow.

Fort Minor's The Rising Tied, Shinoda's solo debut, reveals some skills and two certified gems. On "Kenji," a harrowing description of Japanese internment camps that contains the sampled voices of his aunt and father, Shinoda becomes so emotionally involved that he drops his slavish devotion to end rhymes and just lets the riveting story spin. Real anger powers his delivery on "Cigarettes," on which he ponders why he keeps buying rap records filled with "guns, drugs, and misogyny," comparing his habit to smoking.

Shinoda plays almost every instrument on the disc, and the piano hooks, deep bass pulses, organic drum breakbeats, and funk-guitar riffs are consistently competent. Most tracks rise to an arena-sized chanted chorus, a trait common to radio-ready alt-rock and old-school yes-yes-ya'll party jams, but only "Kenji" and "Cigarettes" leave lasting impressions. Shinoda smartly refrains from mining ruined relationships -- Linkin Park's territory -- for song fodder, but he needs to find more inspiration that forces him to abandon his usual approach and tap into something transcendent.