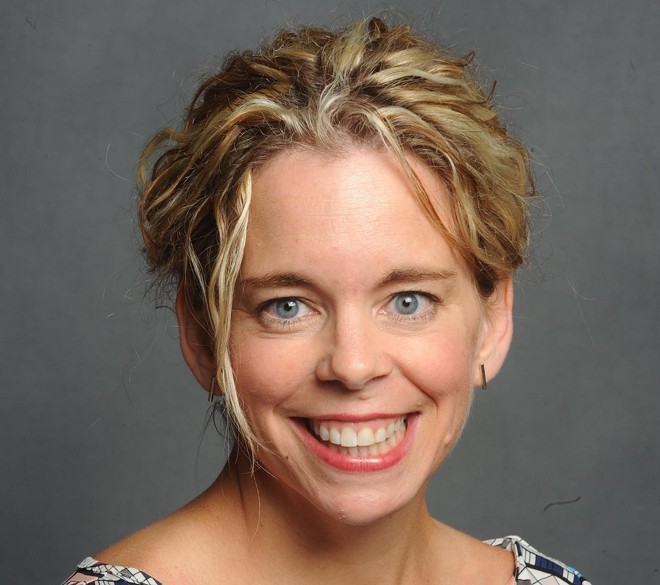 
Local artists have for four years now volleyed complaints at Cuyahoga County Arts & Culture, the organization that distributes revenues from the county cigarette tax, arguing only a portion of allocated commitments to individual artists have been disbursed and that CAC has been less than forthcoming with information.

At Cuyahoga Arts & Culture’s board of trustees meeting on December 14 at Trinity Commons, several artists were on hand for public comment and spoke on the issue.

One of the artists, Liz Maugans, an arts advocate and Director of the YARDS Projects, expressed frustration over access to CAC information, saying the agency was not transparent with its funding programs.

“There exists a culture of exclusivity sealed in a complicated and inconsistent process that is difficult to navigate,” she said. “CAC public records are hard to access, hyperlinks do not work, memos not attached to documents, and full PDF and data from audit pages were missing.”

Maugans was a member of the Support for Artists Planning Team in 2017 that made recommendations to CAC, including creating an advisory committee to hold the agency accountable. CAC refused to accept their list of recommendations, deciding to change the language to fit their needs.

“CAC used our terminology without adopting our recommendations,” she said. “They have rewritten history to favor the narrative of their agency.”

Cleveland figurative artist Leigh Brooklyn was at the meeting. So was singer and guitarist Moises Borges. Borges, born in Bahia, Brazil, and based in Cleveland, was glad Maugans spoke out about the agency. He yielded his three minutes of public comment so she could finish speaking.

“Liz stood up for the artists," said Borges. “I felt frustrated when she was interrupted, especially since few people were there.”

(In a statement to Scene after publication, Jill Paulsen said: "To imply that CAC is somehow hiding or mismanaging its funds is false. Cuyahoga Arts & Culture is applauded for its transparency by the Auditor of State. CAC participates in a state audit each year; for 15 consecutive years, CAC has a clean audit report from the State of Ohio, each year the agency has been in operation. All audits are on the Auditor of State’s website. )

Jake Sinatra, the director of Grant Making Strategy and Communication, reported on the 2023 budget of $60,500 for Resident Grants through Neighborhood Connections, which funds projects through small grants to residents of Cleveland and East Cleveland up to $5,000. ioby also received $100,000, and residents that use ioby to raise funds will receive a dollar-for-dollar match from CAC.

Charna Sherman, a CAC board member, and the former board president, asked for clarification on CAC's involvement with selecting partners for the community connections program when, according to her, it was the reason Assembly for the Arts was created. That organization, artists have argued, would be naturally suited to disbursing funds to individual artists.

“I do not understand why we use CAC staff time and money when Assembly for Arts should be managing this program,” she said.

Cuyahoga County residents approved the creation of CAC in 2006. A levy extension appeared in 2015, which renewed an existing excise tax for ten additional years. The current levy expires in January 2027.

Grants totaling $11,755,225 went to 273 county-based organizations through its 2023 General Operating Support, Project Support, and Cultural Heritage programs. The Cleveland Museum of Art received $931,148, while Playhouse Square and The Cleveland Orchestra each got more than $1 million. Artist support programs and resident-led arts and culture projects received $560,500.

The 2023 Support for Artists grants will provide SPACES with $70,000 for the Urgent Art Fund, $120,000 to Karamu for the Room in the House Residency, Julia de Bargos Cultural Arts Center received $70,000 for Unidos for el Arts. The Assembly for the Arts received $140,000 to support transformative arts projects to focus on communities that lack art investment and amenities. In previous years, LAND Studio, Cleveland Public Theater, and Center for Performance and Civic Practice received funding but not anymore.

CAC used to receive proposals from the community but not since 2018, according to Sinatra and CAC Executive Director Jill Paulsen. Not all groups and organizations function as intermediaries and can distribute grants, Paulse said. The reason has to do with their ability to run the program.

“It’s a special skill set,” said Paulsen. “Not every organization wants to do the work.”

“Every year, we set a budget and spend money, and whatever is left is rolled back into the budget,” Paulsen explained without addressing the issue.

In a meeting that was contentious and chaotic, where board members slighted each other in public view, after a full hour, Sherman made a motion to roll over the remaining funds, which were committed but not spent, to Assembly for the Arts, increasing their 2023 grants giving capabilities from $140,000 to $280,000.

The motion lost three votes to one.

Maugans watched in disbelief. “This board does not communicate respectively and clearly, let alone find an agreement to support artists,” she said after the meeting. “This affects their ability to expand the pie for artists, something they repeat in every PR campaign of theirs. Disrespectful, combative to each other, I have never been to a board meeting like this before.”

(CAC, in a post-publication statement to Scene, disagreed with the characterizations and said observers got the wrong picture: "By way of context, if CAC budgets for a grant and a partner cannot facilitate a program, does not apply for a grant, or a nonprofit cannot use the funds, the money does not get held for that exact program for another year. CAC has steeply declining revenues (more than -9% from last year this time), and it is general government practice to put the money back into the reserves to use to support all our grant programs for the remainder of the levy. In 2019 and 2020, CAC funded more than $400,000 in artist support programs. $140,000 was budgeted in 2021 and 2022 for Assembly to run an artist program whenever it was staffed up to do so; the organization is only 18 months old, and this month came to us with a proposal for a program.")

County Executive-elect Chris Ronayne will get to name two new CAC board members when the terms of Michele Scott Taylor and Jenita McGowan expire on March 31, 2023. Those two, however, may be reappointed for additional terms.

Jill Paulsen was promoted from interim director of CAC to executive director in 2020 after former director Karen Gahl-Mills resigned in 2018.

* This article has been updated to include statements from CAC, to correct that the Neighborhood Connections grants don't come with a dollar-for-dollar fundraising requirement, and to clarify it was a regular CAC board meeting, not an annual meeting.