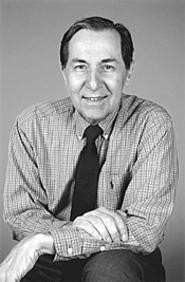 Bob Dolgan has his own list of local athletes he considers heroes, scamps, and good guys, and the veteran Plain Dealer sportswriter can rattle them off with little hesitation. But in his new book -- Heroes, Scamps, and Good Guys: 101 Colorful Characters From Cleveland Sports History -- Dolgan takes a more objective look at the best and the bastards in Cleveland's pro sports history. "I've always had a soft spot for guys who are troublesome," he admits. "And the scamps are always easy to write about."

The book makes it clear what players fall into which category: Heroes (Rocky Colavito, Jesse Owens), scamps (Joe Jackson, Albert Belle), and good guys (Lou Groza, Mark Price) are neatly divided between sport, team, and era. "I know most of these guys," Dolgan says. "And after writing about them for years and years, they become ordinary people.

"Most of these stories come easily. You're always looking at a player for a reason. You're not fishing around."

It's easy to get Dolgan -- who was inducted into the Cleveland Journalism Hall of Fame in 1999 -- to talk about his subjects. And while the scamps certainly make for good reading, it's the heroes and good guys (there's a fine line between the two, Dolgan admits) that drive the book. "I still believe that Lou Boudreau is the greatest hero of my time in Cleveland, which is all my life," he says. "People talk about Omar Vizquel being Cleveland's greatest shortstop. I asked an old ballplayer how he compared Boudreau with Vizquel, and he chuckled, 'That wouldn't be fair to Vizquel.' And I know exactly what he means."

And even though Heroes, Scamps, and Good Guys hits all the obvious players (Leroy "Satchel" Paige, Jim Brown, and Jim Thome are all profiled), the little guys spark the most notable tales. There's the one about Eddie Klep, the only white player in the Negro Leagues; Kevin Rhomberg, the Indians outfielder who was superstitious about being touched; and Mac Speedie, who wore a leg brace as a child and became the first Brown to score three touchdowns in one game.

The book gathers more than 100 of Dolgan's Plain Dealer columns from the last 30 years. "A lot of these stories were [originally published] on anniversary dates," he explains. "Like when Albert Belle broke Earl Averill's Cleveland career home-run record, I did a piece on Averill. And I did a story on Ray Chapman, the only ballplayer to be killed in a ballgame, on the 75th anniversary of his death."

Most of all, Heroes, Scamps, and Good Guys is nostalgic for a time when sports were played solely for the love of the game. "It's about entertainment and having fun," Dolgan says. "The book is a shorthand history of the entire Cleveland sports scene.

"And it's not high literature. I write for everybody, whether they are a college professor or a guy who works in a salt mine."