“The artist obtains his materials in his neighborhood, on the border of Glenville and Hough, which is the conceptual focus driving Goode’s artistic practice" 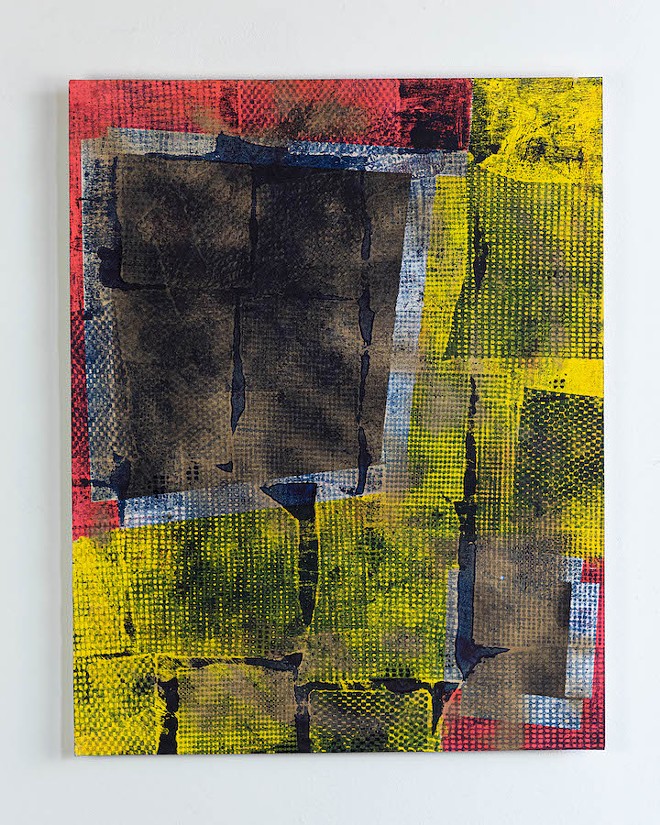 Although Goode works in many mediums and is known for his large-scale painted sculptures, this exhibition puts a spotlight on the artist’s printmaking.

For “Raw Vision” Goode used spontaneous monoprinting techniques, incorporating found objects as well as utilitarian and decorative materials. He inks up their surfaces before repetitively printing with them in heavy layers to create embossed prints. This is another way Goode repurposes objects into his work to give them a second life.

“The title for this current exhibition came about because my work is pretty much created out of a raw urban environment,” Goode said. “This recent work is being created in my, “outdoor studio" that I have built and created in various venues around the and in the inner-city. Because of the various paints and solvents, polyurethane, latex paint, old oil-based paints, I need fresh air and ventilation.”

In addition to the printmaking works, some of Goode’s large-scale, painted works will also be incorporated into the HEDGE exhibit. These sculptures were recently exhibited in an outdoor viewing area on Hough Avenue in Cleveland and were included in the Front Triennial in 2018 and the CAN Triennial in 2022. The works have been reconfigured to work with the indoor space.

According to a press release:

“The artist obtains his materials in his neighborhood, on the border of Glenville and Hough, which is the conceptual focus driving Goode’s artistic practice. He states that the contrast between the home as a safe-haven and the domestic violence he witnesses in his community forms the underlying narrative in his artwork.”

“I will probably always have my urban outdoor studio in the inner-city because I feel a great sense of creative and artistic freedom, working outdoors in the clean fresh air and those urban environments,” said Goode.

In the piece “Untitled #20 Monoprint,” Goode uses primary colors for the basis of the work, which appears to be printed with some sort of textured fabric of various sizes and orientations.

Its lively colors contrast against what looks like cardboard. With its well-balanced composition, the piece offers the viewer a fascinating abstraction with pleasing textures and a vibrant aesthetic and borders on Warholian with is distinction between bright and dark. Goode seems unembarrassed to experiment while confident in his craft.

“I may have a vision or epiphany and I want to bring it to life,” said Goode. “I then gather the supplies and materials and go into my studio laboratory and bring these visions as close to reality as I can.”

Goode has been exhibiting in a variety of galleries and institutions around Northeast Ohio for decades now and boxing promotor Don King once commissioned Goode to paint a mural, “Apostles of Peace,” showing the faces of John and Robert Kennedy, Martin Luther King Jr., and Jimmy Carter.

His work since has enjoyed a symbiosis with his community.

“I would like people to know that the work I create is not a game,” Goode said. “Any and not everyone can do this type of artwork and sculpture, and if they tell you any different, they are lying and bullshitting themselves. The work that I'm creating now is extremely engaging, compelling and thought provoking. In the final analysis, I will be continuing to create the large-massive-canvas-sculptures and these domestic violence door sculptures."