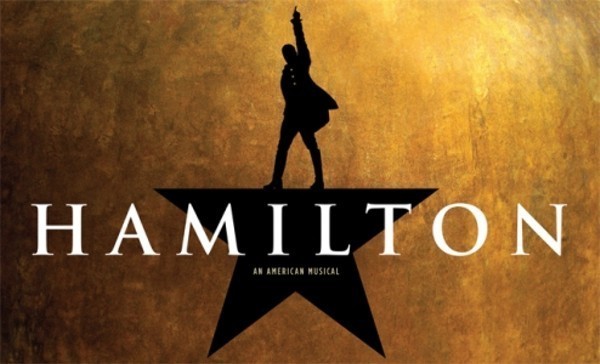 Hamilton
Back at Playhouse Square in December, 2022.

Playhouse Square announced Tuesday that the Broadway smash hit musical Hamilton will return to Cleveland for a six-week engagement at the KeyBank State Theatre Dec. 6, 2022 - Jan. 15, 2023. Congratulations. That's roughly the same moment the children in your life will have finally stopped wanting to watch Encanto every waking hour.

The production will not be a part of the KeyBank Broadway Series, (those shows and dates will be announced next week), but subscribers will have priority access to tickets, which will go on sale this summer.

The first national tour of Hamilton played in Cleveland in 2018, and another was scheduled to arrive in 2020, but was canceled due to the pandemic. This upcoming six-week run will include 48 total performances, plenty of opportunities for repeat viewings for the superfans.

Not that anyone needs a refresher, but the 2016 Tony-winning musical, conceived and written by Lin Manuel-Miranda, based on the biography by Ron Chernow, tells the story of Alexander Hamilton, America's first secretary of the treasury and, alongside George Washington, Thomas Jefferson and the gang, an American "Founding Father."

The musical is among the biggest of all time, with a soundtrack that melds hip-hop and R&B with a showtune sensibility.  A live performance with the Broadway original cast, including Lin Manuel-Miranda in the title role, is streaming on Disney+.

Sam Allard is the Senior Writer at Scene, in which capacity he covers politics and power and writes about movies when time permits. He's a graduate of the Medill School of Journalism at Northwestern University and the NEOMFA at Cleveland State. Prior to joining Scene, he was encamped in Sarajevo, Bosnia, on an...
Scroll to read more Arts Stories & Interviews articles