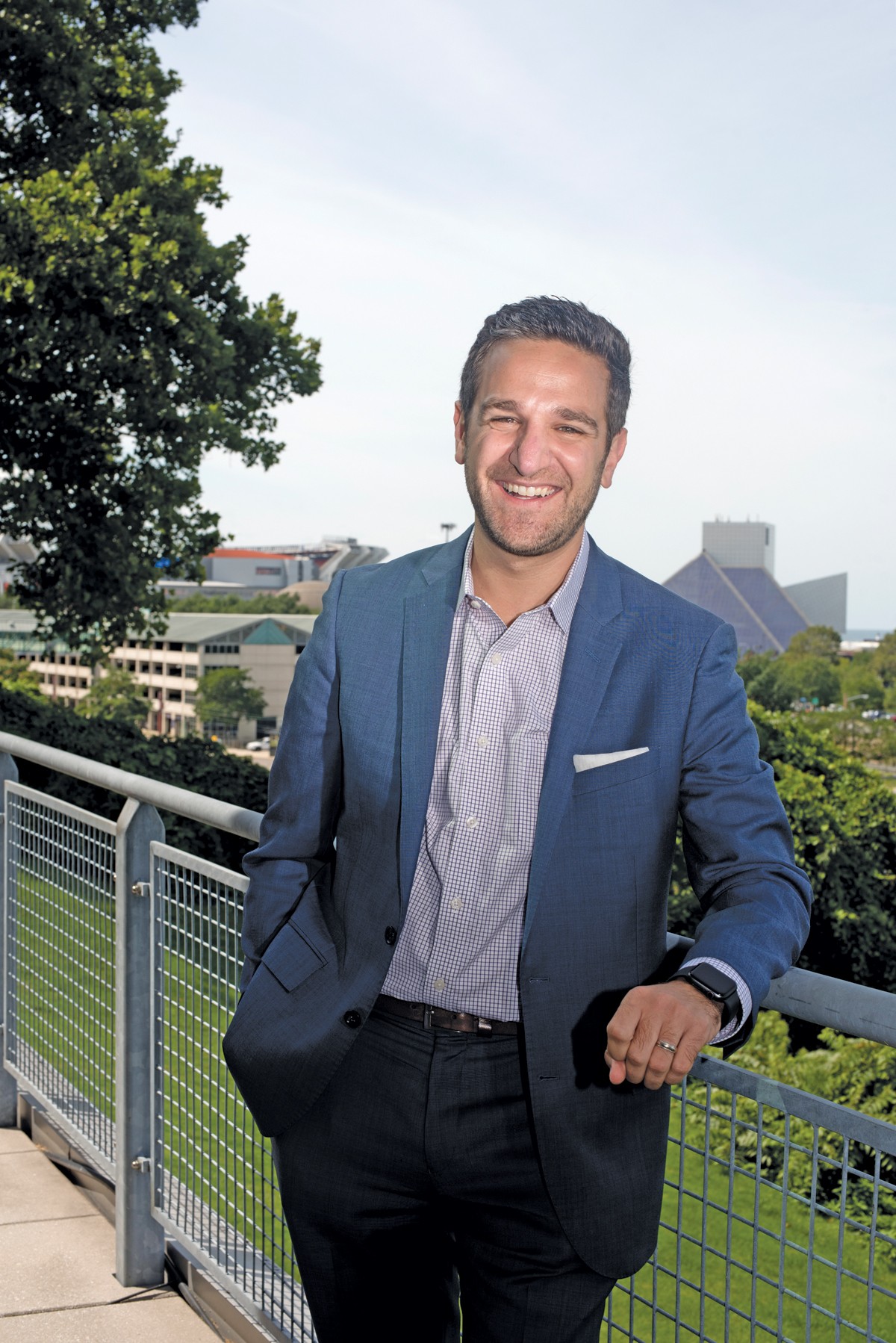 Adam Miller still listens to the Today Show on the radio every morning as he commutes to work from the eastside suburbs. The Orange native was a producer at Today for nearly a decade, having lucked into an internship with the Beijing Olympics team in 2008. And while he worked at the show and lived in New York City, he says he never recognized the value of the live simulcast on Sirius XM.

Now, as the director of content at Cleveland's WKYC Channel 3, he gets it.

"It was a fantastic business move," he says. "I'd always started my day with the Today Show, even before I worked there, and now I realize: So many people are able to experience the show in their cars. It gives you everything you need to start the day."

The daily car commute has been one of several adjustments for Miller, who returned to Northeast Ohio with his wife and two young children in 2018. On the plus side, he says, his kids have learned the word "backyard," and he's once again enjoying the storied meats of Corky & Lenny's, which he says he'd take over any deli in New York City.

Miller still speaks admiringly of the Today Show and what it taught him about news and teamwork. He's brought that experience home, alongside an appetite for experimentation, collaboration and innovation. It's an appetite borne of a belief in the power of journalism and a monkish trust in the durability of TV news.

"It's not going anywhere," Miller says confidently. "I truly believe that. We need deep reporting and rich storytelling now more than ever. And while that's true across all formats, my feeling is that when breaking news happens — when terrible things happen — there's something about turning on the television and getting the information you need from a trusted, credible, comforting source."

That's why staffing WKYC with reliable reporters and anchors — faces and names that people in the region can come to know and love — is so critical, Miller says. In the past several months, WKYC has made a number of key hires as they explore new programming and continue to build their audience.

"I've spent most of this first year listening, quite honestly," Miller says. "And it was obvious right away that we have a rock-solid foundation at Channel 3, a phenomenal team. There may have been just a couple of puzzle pieces that needed moving around. But now we're really getting underway."

Among the hires announced this summer was ESPN veteran and Northeast Ohio native Jay Crawford. He'll be piloting a new show at noon in the fall and transitioning to a 5 p.m. program in 2020, trying to collect some of the evening audience — "building those relationships," in Miller's words — even earlier.

Miller says that when it comes to local TV news, every station is likely going to lead with some version of the same major story every day. It's after the lead story where stations distinguish themselves.

"We diverge and pivot from there," he says. "And for us, it's about having the most interesting, dynamic, intelligent, relatable people presenting the news. It's not just about doing the news differently. It's about doing it better."