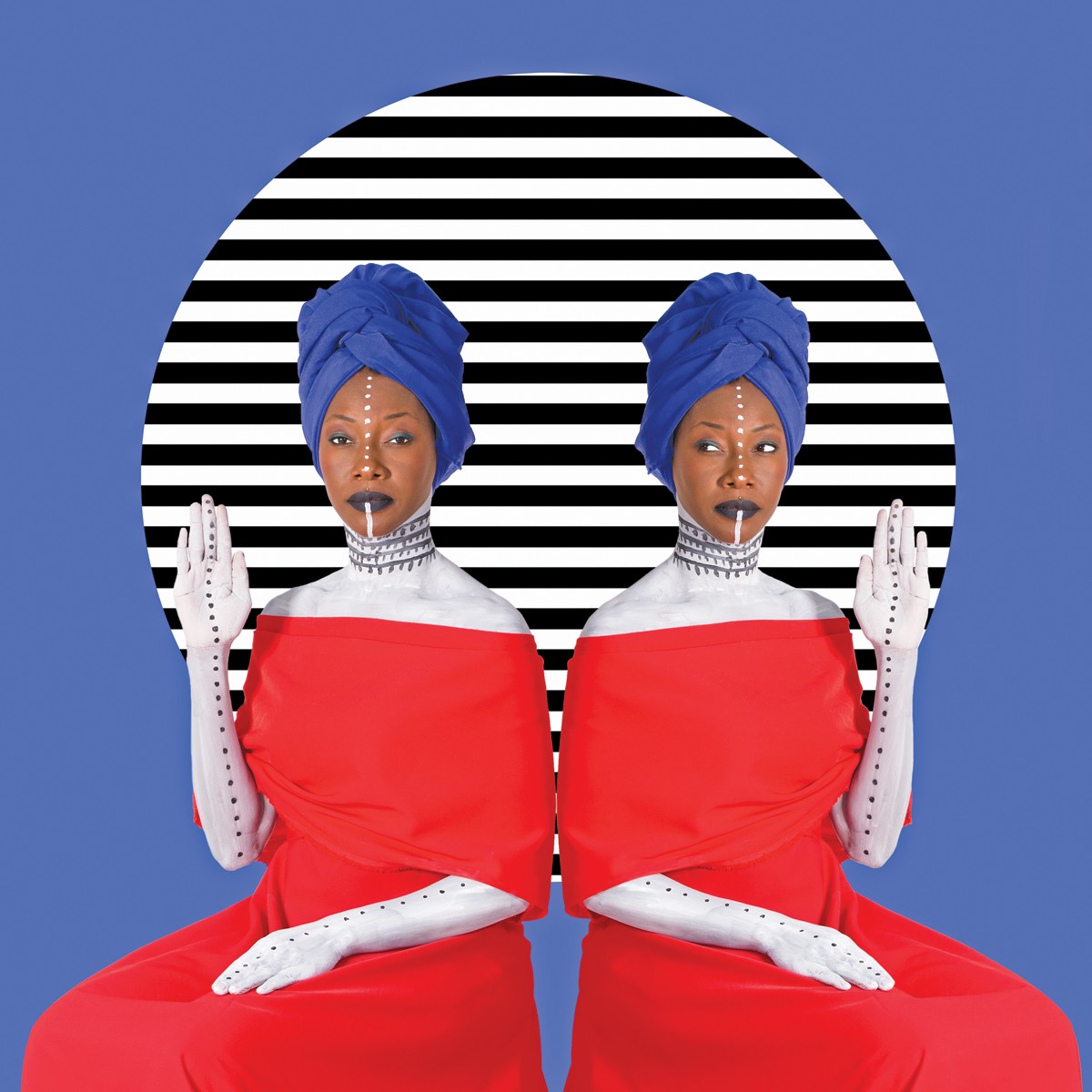 The Cleveland Museum of Art features some of the most acclaimed performing artists representing a wide variety of traditions in its 2019–2020 Performing Arts Series. As always, the museum's concert series presents a range of internationally renowned artists often making their first appearances in Cleveland, as well as ongoing collaborations with regional institutions including Oberlin Conservatory and the joint music program of the Cleveland Institute of Music and Case Western Reserve University.

"We are thrilled to once again begin the fall concert season with an exciting and robust mix of extraordinary artists, playing music old and new, in the many different spaces in the museum as well as in the Transformer Station," says Thomas M. Welsh, the CMA's director of performing arts. "And we will continue to develop and present newly commissioned works by living composers as part of our ongoing collaboration with the Cleveland Foundation. These artists also represent a diverse set of experiences, and their world premieres spring directly from their time spent in the museum's collections and with our curators. Altogether, we look forward to a concert season that is unique in Cleveland, and essential to the experience of a vibrant museum in a fast-moving city."

The series kicks off Sunday, Oct. 6, with electronic music composer Sarah Davachi, who will perform in the intimate setting of the Transformer Station. She'll present a solo program that makes use of the "delicate psychoacoustics of intimate aural spaces, utilizing extended durations and simple harmonic structures that emphasize subtle variations in overtone complexity, temperament and intonation, and natural resonances." "Sarah's music is adventurous and beautiful, and even though she's made a name for herself through her work with vintage synthesizers, is certainly forward-leaning," says Welsh.

On Friday, Oct. 18, the Zohn Collective and La Coperacha Puppet Company from Guadalajara, Mexico, will present an evening-length concert at the museum that's based on Oaxacan artist Alejandro Santiago's sculpture project 2501 migrants, a piece that premiered last year at the Festival Cultural de Mayo in Guadalajara. "Composer Ricardo Zohn-Muldoon is a Mexican-American composer living in New York who's bringing this special project to town. La Coperacha Puppet Company is a well-regarded and well-known puppet company. On stage is his chamber music group alongside life-size puppeteers, in a kind of quasi-theatrical experience. It will be fun and enchanting for audiences of all ages."

Fretwork, the world's leading viol consort, comes to the museum Wednesday, Oct. 23, to present a concert expressly inspired by the exhibition Michelangelo: Mind of the Master. "This is a concert tailored to the Michelangelo experience, a perfect complement to the exhibition on view."

Organist Pierre Queval, who studied at the Conservatoire National Supérieur de Musique et de Danse de Paris under Olivier Latry, will give one of two free organ recitals included in this year's Performing Arts Series. He has performed in many of the great churches of France and is the head organist of the great Cavaillé-Coll/Haerpfer-Ermann organ of the Saint-Ignace Church in Paris since November 2014. "These are exceptionally high-level concerts featuring the organ stars of tomorrow," says Welsh. "You get an early look at the fast-rising stars of Europe." The concert takes place on Sunday, Nov. 3, in Gartner Auditorium.

On Wednesday, Jan. 29, Hamid Al-Saadi and Safaafir will perform at the museum. Hamid Al-Saadi, Iraq's foremost purveyor of the maqam tradition, is renowned for his powerful voice and highly ornamented style, as well as his comprehensive knowledge of the intricate details of the music and poetry of Iraq. Safaafir, the only U.S.-based ensemble dedicated to performing the Iraqi maqam in its traditional format, joins Al-Saadi. "Hamid is an Iraqi treasure, a true keeper of the flame whose performs only rarely. This is a unique opportunity to hear the music of a master."

Then, the contemporary guitar duo FretX (Mak Grgic and Daniel Lippel) will perform a program of works by Helmut Lachenmann, Agustin Castila Avila, Courtney Bryan, and Gity Razaz on Monday, Feb. 24, at the Transformer Station. "These artists are virtuosos, bringing a program of acknowledged contemporary masters as well as exciting young composers whose work we are excited by."

One of most vital standard-bearers of modern African music, Fatoumata Diawara comes to the art museum for the first time ever on Wednesday, Feb. 26.

"I've been a fan of hers for a number of years, she's just such a dynamic, electric performer," says Welsh. "But it's taken us this long to get our schedules together, during which time she's become the star of global music festivals worldwide."

The second year of the composers commissioning series, a partnership with the Cleveland Foundation's Creative Fusion program, features Aleksandra Vrebalov, who presents a world premiere performance on Friday, March 27, in the museum's Ames Family Atrium. Vrebalov's music ranges from concert music and opera to music for modern dance and film.

"The Kronos Quartet have championed her music for years, and Cleveland audiences heard it when Kronos were last here a few years ago," says Welsh. "Aleksandra visited the museum and had a wonderful experience, being particularly inspired by an icon of the Eastern Orthodox church. This started the wheels turning for her, and she has in mind to present a large-scale choral work that will involve the community."

The pre-eminent classical tabla virtuoso of our time, Zakir Hussain returns to the art museum on Wednesday, April 8. A national treasure in his native India, he's renowned for his genre-defying collaborations. He'll present an evening of Indian classical music with guests Kala Ramnath (violin) and Jayanthi Kumaresh (veena). "Zakir is without question one of the most extraordinary artists on planet Earth," says Welsh when asked about Hussain. "And in this instance his trio will perform an intensive evening of classical Indian music of the highest order."

Organist Nicole Keller, associate organist at Trinity Cathedral (Episcopal) of Cleveland and faculty member at Baldwin Wallace University's Conservatory of Music, has played all over the world in venues including St. Patrick's Cathedral in New York, Cathédrale Notre-Dame in Paris and the Kazakh National University for the Arts in Astana, Kazakhstan — but never at the art museum, where she'll finally perform on Sunday, April 26. "Nicole is such a wonderful musician, and her museum debut is long overdue," says Welsh.

Sometime in May (the date and location are yet to be announced), Luciano Chessa will perform as part of the Creative Fusion: Composer Series program. The Sardinian composer/artist "stretches the boundaries of music and performance" with works such as A Heavenly Act, an opera commissioned by the San Francisco Museum of Modern Art with original video by Kalup Linzy, and the opera Cena oltranzista nel castelletto al lago, a work merging experimental theater with reality TV that required from the cast over 55 hours of fasting. "He has a wild and wonderful career going that includes organ and improvisation, experimental theater, industrial music, and everything in between," says Welsh. "What he's going to do will be something of a surprise. He's been inspired by the industrial legacy of Cleveland, which reminded him of the industrial revolution in Italy."

The series of monthly chamber music concerts featuring young artists from the Cleveland Institute of Music and the joint program with Case Western Reserve University's early and baroque music programs continues as well. Those concerts take place on Oct. 2, Nov. 6, Dec. 4, Feb. 5, March 4, April 1 and May 6.

Tickets for individual performances are on sale now, and special student rates and member rates are available for select performances

Jeff has been covering the Cleveland music scene for more than 20 years now. And on a regular basis, he tries to talk to whatever big acts are coming through town, too. If you're in a band that he needs to hear, email him at [email protected]
More
Scroll to read more Fall Arts Guide articles
Join the Cleveland Scene Press Club