The Outsider on the Inside: Fran DiDonato 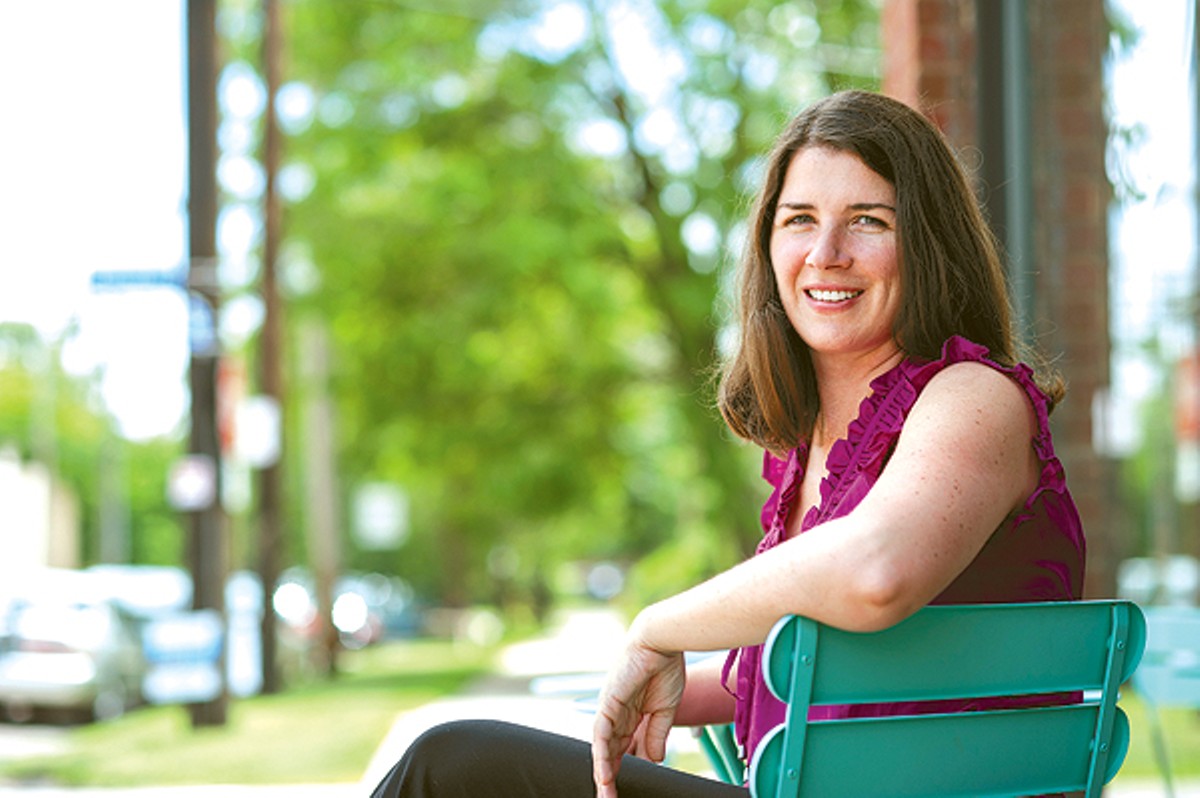 The idea behind the Freshwater name is to evoke freshness but also to have a regional connection, says Fran DiDonato, newly minted local publisher of Freshwater Cleveland. In Detroit, Freshwater's sister publication is called Model D (recalling the auto industry); in Grand Rapids, it's called Rapid Gains; In Pittsburgh, it's called Pop City to honor Andy Warhol, who was born there.

"But in Cleveland, we have Lake Erie. We have the Cuyahoga," says DiDonato, a Detroit-Shoreway resident. "These are incredible assets. We touch our fresh water everyday."

DiDonato's no stranger to water. Prior to her current gig, she was responsible for kickstarting the Cleveland Water Alliance, serving as the interim director and taking it from merely an idea to a functioning organization.

"I consider myself a civic entrepreneur," says DiDonato, who also directed the Mayor's Office of Sustainability and consulted for Global Cleveland in its fledgling days. "I'm tapped into the city and its networks and though I'm not starting new businesses, I'm active in helping new initiatives get off the ground."

At Freshwater, the online publication covering innovation and development in Northeast Ohio, DiDonato is now in charge of securing underwriting and finding partners for their unique brand of coverage.

"We call it T.I.D.E.," says DiDonato, of the publication's content umbrella. "Talent. Innovation. Diversity. Environment." She says that though Freshwater has done an excellent job on talent and innovation issues, they could do better on their environmental coverage, and a lot better when it comes to diversity.

"If you were from outside of this community, I think you'd be surprised at the lack of diversity represented in area publications. One of my goals will be getting our tentacles deeper into the community to uncover those stories."

But funding is paramount. She says that her lean, mobile staff of writers often have 10 great stories up their sleeves, but only have the resources to tackle two or three in a given week.

"I'm looking for partners, for collaborators," says DiDonato. "Supporters who get it."

DiDonato arrived in Cleveland in 2004 with her husband after law school at the University of Texas. She tells the story of how she sent 70 resumes to firms in Ohio and received more than 70 rejections.

"Some of them sent me two!" DiDonato says.

But then she put her husband's parents' address in Akron on four more resumes — there were only four firms left — and received three calls and two interviews almost immediately. Though she didn't get a job offer, Cleveland's insularity became very clear and very real to her.

"I think we really need to take the temperature on how welcoming of a community we are," she says. "Whether it's immigrants or outsiders or whomever, Cleveland needs fresh thought." And that's not the sentiment she felt when eight separate county judges didn't hire her, despite enthusiastic recommendations, because, "I didn't go to Cleveland State and my dad didn't golf with them or go to grade school with their buddies."

This worldly strategic thinker — she's lived in North and South America, Europe and Asia — is just the type of person the region needs to continue growing and thriving. And Freshwater is an optimal place for her to deploy her toolbox of talents.

"We are one piece in the media landscape," says DiDonato. "But we are filling a niche that, psychologically, Cleveland has not had in a long time. We're helping to change that narrative."