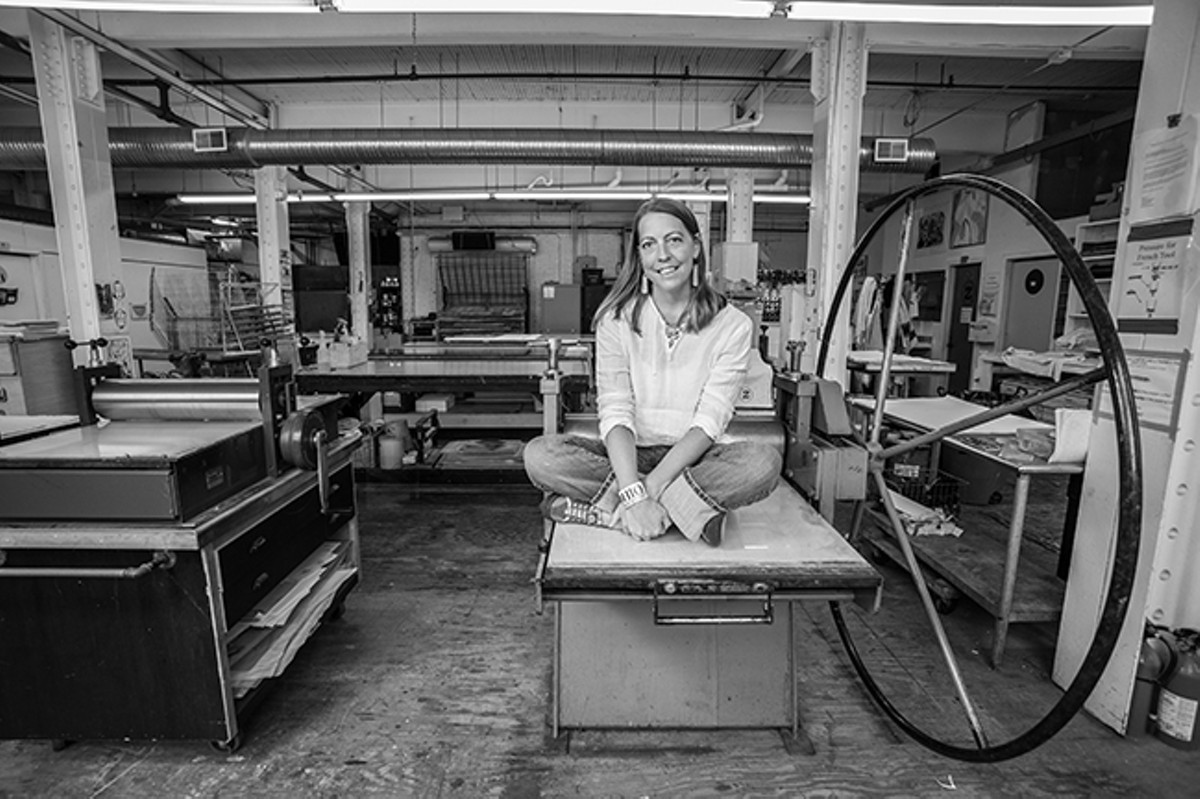 In 1995, along with three other artists, Liz Maugans founded Zygote Press, a printing workshop that has since evolved into a premiere display space, and an outlet for affordable but gorgeous and relevant art works. But this was only her first contribution to the region's aesthetic economy. Zygote's international fellowship and international exchange programs infuse the region with outside creativity, and then spread it to the far corners of the Earth. As a founder of CAN Journal, she has participated in the publication of the local art scene's most thorough record of its own accomplishments, and provided an invaluable forum for criticism and reflection. In the near future, she will help lead an initiative to beautify Slavic Village homes in varying degrees of vacancy.

Having overseen exhibits of her own work and that of countless others at Zygote, later this month Maugans will step up to her first museum-scale curating role, with Everything All At Once at the Museum of Contemporary Art Cleveland. The show will feature works by four Cleveland artists who create combinations of constructed and artificial forms, or use used or recycled materials in their work, resulting in what Maugans describes as "joyousness of cycle." It's a theme that resonates with her affection for the Great Lakes states, and her admiration for the industrious locals who never stop trying to make things work, no matter how far down on their luck they get.

Maugans compares Northeast Ohio's resilience to that of Detroit, which she familiarized herself with during her graduate studies at the Cranbrook Academy of Art. "I love these two scrappy towns ...I have this crazy theory that the Midwest is an amazing quarter for the working class," Maugans says.